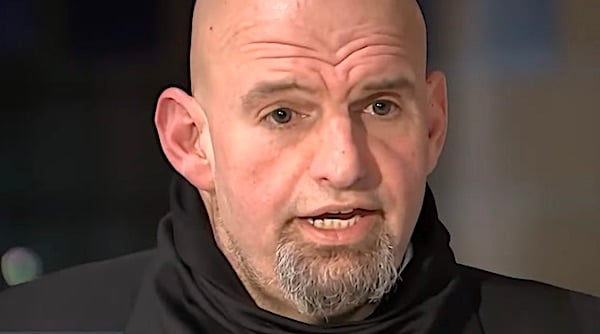 (FOX NEWS) -- The campaign of Democratic Senate candidate John Fetterman is walking back comments he made last year that appeared to call for the release of all second-degree murderers from Pennsylvania’s prisons.

Fetterman, the Pennsylvania lieutenant governor who chairs the state's Board of Pardons (BOP), commissioned two reports last year released by Philadelphia Lawyers for Social Equity (PLSE) that recommended the BOP consider merit-based clemency for currently incarcerated second-degree murderers, as well as for the state legislature to reform the law that mandates life sentences without parole for second-degree murder convictions.

Fetterman said at the time that he commissioned the reports in a call for "mercy for the deserving and rehabilitated."

IMAX Wants You to Watch Movies on Your Phone, Believe It or Not

The 'Wolf of Wall Street's' ex-wife is a therapist, and she's using details of their marriage to get people talking about abusive relationships on TikTok