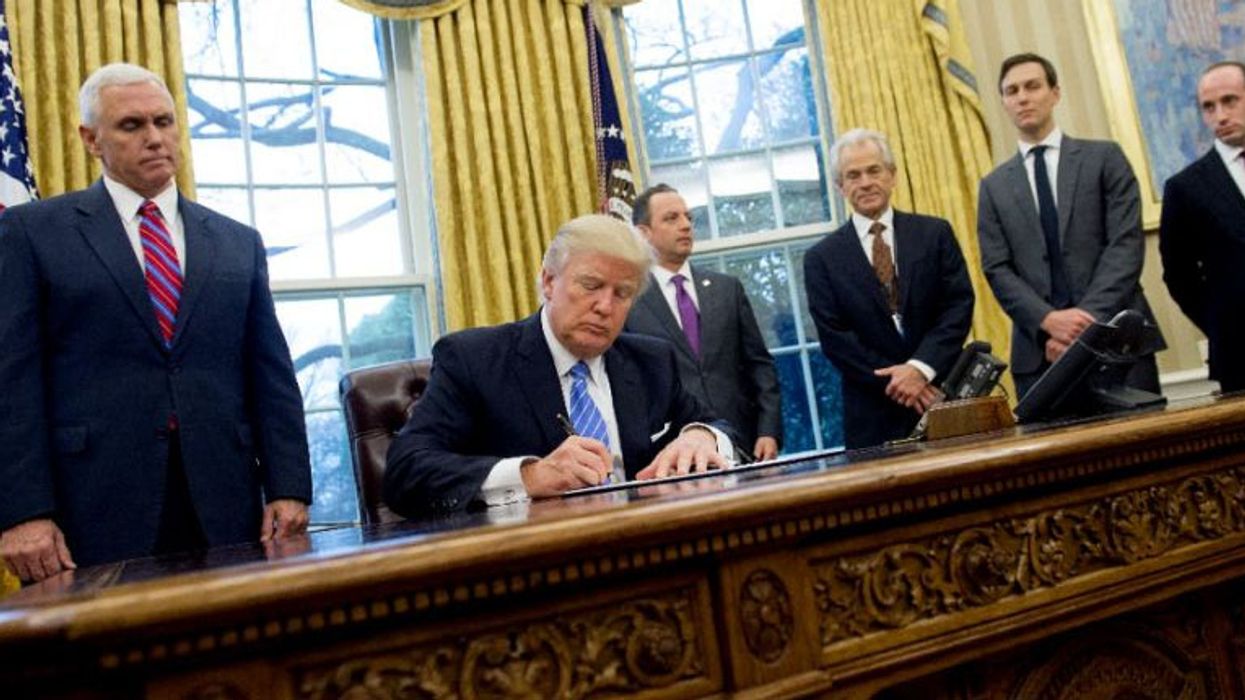 Via Politico's Kyle Cheney, Trump's attorneys made this argument in a footnote in their latest court filing in which they argue the handwritten notes mean that the documents "could certainly contain privileged information," thus "further supporting the need for an independent, third-party review of these documents."

"The government again presupposes that the documents it claims are classified are, in fact, classified and their segregation is inviolable," they argue. "However, the government has not yet proven this critical fact."

Trump's legal team has so far avoided explicitly saying that the former president declassified the documents he brought with him to Mar-a-Lago, and is now arguing that it is the DOJ's job to prove that he didn't do so.

OK woman searching for mom's ashes lost in the mail, says USPS asked if the package is replaceable

Vampire-slaying kits go up for auction