THE likes of Darwin Nunez and Erling Haaland will definitely get their ‘Welcome to England’ moment.

That could be anything from a culture shock to the amount of coverage they receive after missing chances.

It may even be someone like Haaland playing at Anfield in a Manchester City shirt for the first time, or getting a good old-school whack from a defender.

They will both enjoy the physicality. They are both big human beings. Seeing Nunez whip his top off in the Community Shield I thought: ‘He’ll be OK’.

But those 90s Vinnie Jones or Nicky Butt types who go to swipe at a new player are long gone. There are still enforcers out there but they won’t go out to harm someone.

And with Burnley out of the picture, Nunez and Haaland won’t even have the famous midweek trip to Turf Moor under the lights to seriously test their mettle. 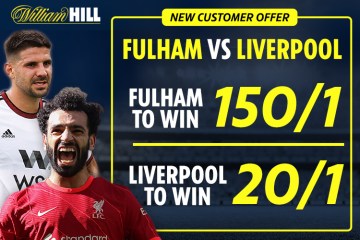 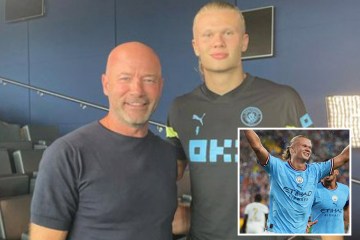 HAAL TO PLAY FOR

I’d expect Nunez and Liverpool to have a nicer start away at Fulham but the back of Haaland’s head might get introduced to the elbow of West Ham’s Craig Dawson when City go to the London Stadium.

Knowing Dawson the way I do, that will be the first thing he will try, whether that is the first header where he can say ‘This is my game’. And don’t get me wrong, there will still be managers telling players ‘Give him a kick first five minutes and see what he does’.

Haaland has been around long enough to know he is going to get kicked.

The days of a player coming in as an unknown are also a rarity. A lot of us know German football, we know Haaland already, and the same with Nunez and the Portuguese league.

'ONE OF THE BEST'

But I don’t think he is going to get lifted or smashed like back in the day. Someone like Declan Rice will instead say: ‘All the talk is about you. Let me show you what I can do with the ball’.

We won’t be surprised by how good they are, it will just be about how quickly they can get up to speed with the tempo.

No matter which way you dice it, the Premier League is a much quicker game.

Once they do, we will then see their unquestionable quality. We will never sit here and debate whether they are decent strikers, because they are world class.

The back of Haaland’s head might get introduced to the elbow of West Ham’s Craig Dawson when City go to the London Stadium.

It is too simple to suggest whoever scores more out of Nunez and Haaland will see their side win the league.

Haaland will certainly give City what they have been missing in the six-yard box, that’s where he will come alive, but there are so many goals around him through Jack Grealish, Phil Foden, Riyad Mahrez and Kevin De Bruyne.

Nunez will score goals but so will Mohamed Salah, Diogo Jota, Luis Diaz and Roberto Firmino.

I am intrigued to see how much City will miss Raheem Sterling’s pace and whether they find it trickier to now get to the by-line.

Regardless, it is a joke how good these two teams are. Pick your poison.

The question isn’t whether they will score but who will score. And whoever comes out on top in their head-to-heads will be the team that wins the title.

This season, there are so many different types of sides in the top flight, especially from the promoted lot.

I am really worried for Manchester United.

Nottingham Forest will still be hostile at the City Ground but, again, they are a good footballing side under boss Steve Cooper. I can’t see any of them hoofing balls up top for a big man or landing big elbows in the face.

As for the best of the rest at the top, Tottenham are leading the way after getting their business done early in the summer.

Arsenal are just ahead of Chelsea after lots of turnover on and off the pitch.

I am really worried for Manchester United.

I can’t see that vision, they are yet to have brought in a marquee signing and alongside that is the Cristiano Ronaldo mess.

Newcastle will be interesting to watch, with a wonderful manager and still riding the crest of the wave from last season. I reckon they grab a top ten spot, competing with Leicester and Wolves.

I do worry for Everton. I don’t know what they’re trying to do but Brighton are also a bit of a concern and could be in trouble, as well as Brentford with their second-season syndrome.

I MUST say I’m disappointed by the decision to limit the taking of the knee to certain Premier League games.

I can understand the sentiment from the players and they say it will still be brought back before certain games or key moments.

My counter argument to that would be, is there anything that’s moved on? Has there been any progression yet? Not in my eyes.

Nothing has changed. Have there been any other rules put in place by the FA that has resulted from taking the knee?

No, so why stop? It clearly needs more time.

I would love to sit down with those at the FA or the Premier League and ask to see what has actually been done or what is going to be done now we are getting rid of this.

By taking the knee, we put racism in football out in the open — but now we are just stopping.

Has racism now stopped? I don’t think so. I just don’t get it.

I am really disappointed. But, you have to respect what the players have decided.

I pay nearly $90 a month for streaming services. Here's how I'd rank them.

#EmptyOldTrafford: why Manchester United's attempt to recruit global fans may be backfiring

Today24.pro
Nets want teams' second-best player in Kevin Durant trade offers How Charlize Theron and KiKi Layne Spar in The Old Guard Anatomy of a Scene Behind The Scenes Of The Sandman Nick Kyrgios hits out at tennis fans and defends Daniil Medvedev after Russian is called ‘loser’