BRITS could find themselves being refused entry to Spain because of a new rule since Brexit.

Holidaymakers now have to prove they have a certain amount of cash to enter the country – and those who don’t could be turned away at the border.

Since the UK left the EU, the country is now seen as a “third country” and has to follow different rules.

All visitors from third countries must be able to prove they have the equivalent of €100 (£75) per day of their stay, so those staying for a two week holiday would need to show available funds of €1,400 (£1,800).

According to EU rules, travellers must “hold proof of the purpose of their trip, proof they have sufficient financial means to support their stay, and proof of their intended date of return.” 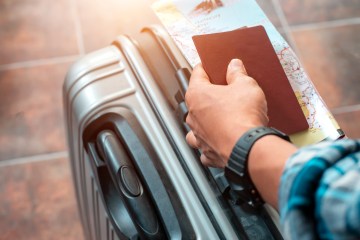 Passport warning - the easy mistake which could delay your application 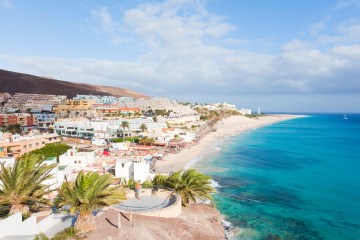 Passport warning - how I missed my £2,200 holiday to Spain

While only some people will need to show evidence, due to it being a random spot check, everyone must be prepared to show proof of funds.

Border guards have the right to refuse entry into the country, or reduce the length of time of the visitor’s permitted stay.

The Spanish Ministry del Interior explains: “Foreigners from third countries must prove, if required to do so by the officials in charge of controlling the entry of people into Spanish territory, that they have economic resources for entering the country, through cash, traveller’s checks, payment letters, or credit cards, which must also be proven to have sufficient funds available on them.”

According to local media, some tourists have already found themselves subject to random checks.

Brit Julie Quartermaine, who was travelling from Gibraltar to Spain, told The Olive Press: “At the border, we had to prove we had €100 per day per person for the duration of our stay.

“The woman officer was apologetic but said she had to see enough for the 10 days we planned to be in Spain either in cash or in a bank account.”

She then had to get her online banking up on her phone, saying she had to show “at least two grand” as she was covering herself and her husband.

Another woman said she saw a passenger in front of her “emptying his wallet” to show he had enough cash to cover his stay.

Another travel rule that’s changed since Brexit has seen people banned from boarding flights due to their passport.

New rules were introduced after the UK left the EU regarding how many months are needed to be on the passport to be able to travel.

Previously, Brits just needed to have a passport that was in date to be able to travel to countries across Europe, but new rules are now in place.

The government website confirms that Brits need to have at least three months left on their passport to be able to travel to an EU country, stating it must be “valid for at least 3 months after the day you plan to leave (check the ‘expiry date’)”.

A family was forced to miss their £3,000 holiday to Portugal after getting confused by the new rules.

And last summer, a 67-year-old retiree lost her £2,600 dream holiday because of the new passport rules.

Brits are set to flock to Spain this summer[/caption]

Stroke has destroyed my partner’s life – and mine too, I want to leave

Today24.pro
Chinese Tourist Hot Spot Sanya Imposes COVID-19 Lockdown The Shins Off-Air Performances Troy Deeney: With Haaland and Nunez, Man City and Liverpool are so good it’s a joke… the others won’t get close 2023 Audi S3 & RS3 Buyers Guide Is it worth it? How does it compare?