LOVE Island’s picture-perfect stars would do well to look away now.

The ITV hit’s superfan Sam Thompson has created a version of the line-up using a filter – and it’s left viewers in hysterics.

The Made In Chelsea star couldn’t stop laughing after filming the show’s stars with a face-switching app.

It takes live footage filmed by your mobile and magically transforms it in real time.

So instead of the perfect preening faces, the Love Island stars are shown with bulging eyes and double chins. 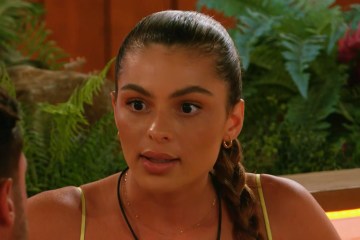 Sam laughed that it was the “best filter ever made” adding that it “really tickled me”.

The footage was taken during one of the recent public votes, where viewers were invited to pick their favourite Islander.

In the end, Billy Brown and Summer Botwe were picked for eviction and sent home to the UK.

Sam’s post was quickly liked by a host of stars, including some big names from Love Island.

Today24.pro
Athletics give up three more homers, are swept by Giants in Bay Bridge Series 3 Marinades to try THIS week QUICK + EASY recipe How To Get Rid Herpes Virus with Autophagy Fasting? - Natural Treatment For Herpes by Dr. Berg The Shins Off-Air Performances