GETTING a tattoo is a risky business and some people can be left with regret at the finished result.

One person who must be feeling that way is a woman who wanted an inspirational bird tattoo, but the artist made a big spelling mistake.

The mistake was spotted by the woman’s friend and was posted on Reddit.

They should have used “too”, which can be synonymous with “as well” and “also.”

People were quick to comment on the spelling mistake. 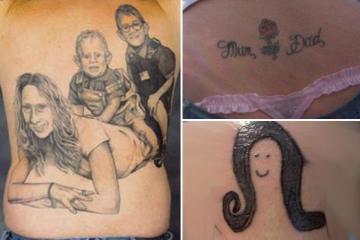 From dodgy spellings to unrecognisable pics...here's the worst mum tattoos 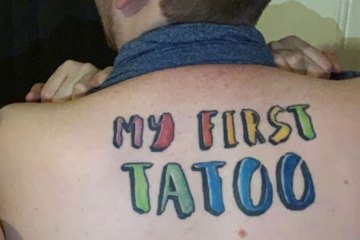 Another added: “Nah, they are just upaet.”

A third joked: “Give it time.”

Some people praise the bird design and said the artist did a good job with that at least.

One said: “the artwork and lettering is nice – shame about the spelling.”

However, another disagreed, saying: “Never mind the fact that the “too” is missing an “o”, that handwriting is atrocious”.

Today24.pro
Kate Middleton will take on tennis legend Roger Federer at secret location to raise money for charity How Charlize Theron and KiKi Layne Spar in The Old Guard Anatomy of a Scene Rotec team signs up to Santa Abseil challenge in support of St Margaret’s Hospice Care 10 Over The Top Boss Moves We DID NOT SEE COMING