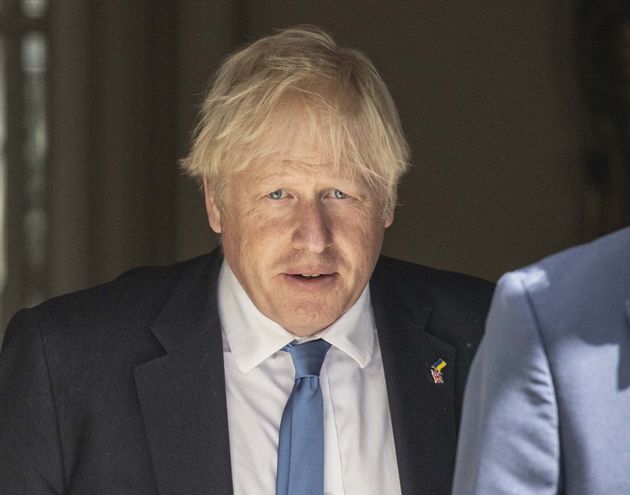 Thousands of Tory members are demanding the right to have a vote on whether to reject Boris Johnson’s resignation as prime minister.

A petition set up by Conservative peer Lord Cruddas has so far been signed by more than 7,000 party activists.

Cruddas, who has donated millions of pounds to the Tories, says Johnson is the victim of a “coup” by his own MPs and should remain in office.

Writing in the Daily Mail, he said: “The ousting of Boris Johnson as prime minister by a minority of MPs is deeply anti-democratic.

“It defies the will of the country and the Conservative Party members who elected him.

“It amounts to a coup. I am ashamed that this can happen in Britain, the birthplace of modern democracy.

“If that’s what politics has become, we’re living in a nation I can barely recognise any longer.”

The PM announced he was standing down earlier this month after dozens of his ministers resigned over his disastrous handling of the Chris Pincher affair.

Liz Truss and Rishi Sunak are currently battling it out to succeed Johnson, with the winner announced on September 5.

Cruddas added: “I don’t want to see the PM as a candidate in the race to be the next party leader. I want the membership to vote on whether we accept his resignation in the first place.

“If we don’t – and I strongly expect that to be the case – it will be revoked and Boris will continue in No. 10.”

Cruddas, a former Tory party treasurer who was made a peer in 2021 by Johnson, said his petition was being blocked by the 1922 committee of backbench Conservatives.

“They say the Conservative Party rules forbid a prime minister to stand in the leadership contest after resigning,” he said. “But we don’t want him to run again. We want his resignation torn up. It’s a totally different thing.”

Johnson is expected to remain an MP after he leaves Downing Street, but there is speculation that he still holds ambitions to become prime minister again in the future.

One ally told HuffPost UK that he wanted to stay in the Commons so he could come back “when his successor fucks it up”. The friend later insisted that was a “joke”.

Indiana ‘Indy’ Santos (‘Big Brother 24’ exit interview): ‘I may have chose the wrong people to have around me’

Today24.pro
Kate Middleton will take on tennis legend Roger Federer at secret location to raise money for charity Behind The Scenes Of The Sandman Matthew Judon Fed Up With Joint Practices? Twitter ‘Like’ Hints Feelings 10 Over The Top Boss Moves We DID NOT SEE COMING