CRAVING a getaway in the sun but don’t want to spend a fortune? Fear not, as there are still some bargain breaks available for this summer.

We’ve scoured the internet to find the best deals on beach holidays in August, with prices starting from £43pp a night.

We’ve scoured the internet to find the best deals on beach holidays in August, with prices starting from £43pp a night[/caption]

The cheapest destinations for last-minute holidays this summer are Spain, Greece, Turkey and Bulgaria, including popular hotspots such as Majorca, Tenerife, Sunny Beach and Zante.

The cheapest deal we’ve found is in Benidorm, Spain, at Terralta Apartments, departing August 31 from Luton. Week-long stays cost from £333pp, which works out at £47pp a night.

The price is based on a self-catering basis for two adults and one child and includes return flights, a 23kg bag allowance per person and shared hotel transfers. 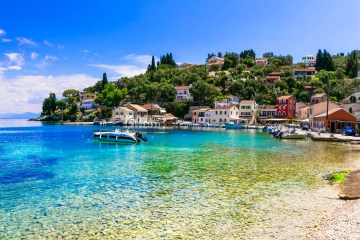 Cheapest beach holidays to Greece this summer - from £52pp a night

According to a study by Saxo, the Turkish lira is now worth more than double the pound compared to this time last year.

For instance, the average price of a pint of beer from a local bar costs around £1.66.

Most read in Beach holidays

Jet2 Holidays has incredible all inclusive deals from under £400pp

All inclusive Turkey holidays from under £500pp in September

Where's hot in September? The best deals on warm weather hols from £22pp a night

Best beach breaks to Spain - from £30pp a night in September

While Wizz Air analysed the typical living costs per day in popular tourist locations, including daily rent, six bottles of water, four beers, a standard dinner and a taxi ride.

Majorca came third on the list, with beers costing an average of €2.50, dinners at €19, while water is less than 50 cents.

The deal works out at £64pp a night, including all your meals, drinks and snacks.

Here are the best deals we’ve found for last-minute beach holidays in August:

Make sure to double-check whether luggage and transfers are included when comparing prices.

If you’d rather avoid the summer crowds, we rounded up the warmest destinations in September, with deals from £22pp a night.

We’ve also found the cheapest beach holidays to the Canary Islands in September.

For a staycation instead, we found the cheapest UK cottage holidays this summer from £22.50pp a night.

The cheapest destinations for last-minute holidays this summer are Spain, Greece (pictured), Turkey and Bulgaria[/caption]

Families Announce Creation of Ultra-Orthodox Outpost in Judea and Samaria