AIRPORTS have been scenes of chaos throughout the summer, with staff shortages and strikes preventing the travel industry from coping with the demand for holidays.

The school summer holidays have now arrived, meaning things are only going to get busier.

There have been big queues, delays and cancellations at airports this year[/caption]

However, there is help available for holidaymakers still looking to book their getaways this year.

Travel search engine Kayak has put together a list of the days it predicts will be the busiest and the quietest to travel on, based on flight searches for the remainder of the summer.

Between now and September 23, the analysis has shown that Thursday, August 18 appears to be the quietest day to fly, while Monday August 1 looks like it will be the busiest.

The data revealed that Thursday, August 18 has about 87 per cent fewer departure flight searches than the peak travel date in August. 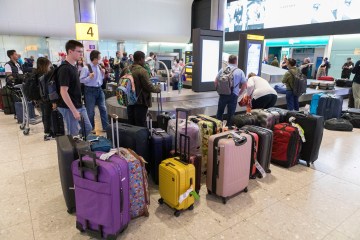 Airline passengers to get gold-plated guarantee when booking flights 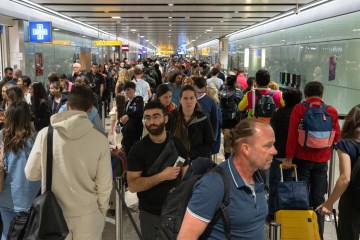 The analysis also offers some of the lowest flight prices during the school break, with average prices around £420.

Meanwhile, July is proving a popular month for travel, with Monday, July 25 having the second highest number of flight searches.

The data also revealed which locations could prove to be the busiest destinations, based on the number of times they’ve been searched for on Kayak.

If you are travelling in peak season, these are the best tips for avoiding holiday chaos this summer.

And this aviation expert has revealed the best time in the day to fly.