THOMAS TUCHEL let rip at his own players in an explosive and stunning rant less than TWO weeks before the start of the Premier League season.

Chelsea were stuffed 4-0 by Arsenal in Orlando on Sunday morning to end their disastrous and potentially damaging tour of the States.

And during his post-match interview, the fuming Blues boss claimed:

Despite signing Raheem Sterling and Kalidou Koulibaly for a combined £85m this summer, Tuchel’s squad contains several players who are vying for a move away or unsettled. 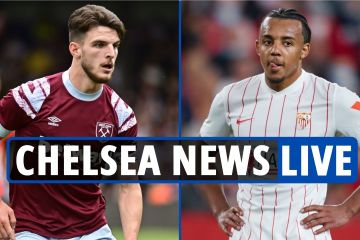 Tuchel has also spoken of the unwanted stress he has felt sorting transfers alongside American businessman Boehly with the absence of a director of football.

When asked if the squad will be ready for their Prem opener away at Everton on August 6, Tuchel admitted: “I cannot guarantee.

“I’m a huge fan of a strong pre-season in everything: atmosphere, feeling, performance, belief.

“I am far from relaxed. I think we deserved to lose [to Arsenal] – which is fair enough – because we were simply not good enough. We were absolutely not competitive.

“The worrying part is the level of commitment, physically and mentally, for this match was not the same, it was far higher for Arsenal than us. It was simply not enough.

“We have a lot of players who are thinking about leaving and looking at their options.

“The analysing of last season does not change because of this game. Unfortunately, it proved my point and the last week proves my point.

“I would prefer to not be right and I did everything to prove myself wrong, but at the moment I feel I was right when I look where we struggled and how we struggled.

“We got sanctioned and players left us, we know that some players are trying to leave us, and this is where it is.

“We’ve got two quality players – that is no doubt – but we are not competitive like this and unfortunately, we could see it today.”

Tuchel is tasked with ensuring last season’s 19-point gap between Chelsea and Prem winners Manchester City closes significantly, as well as the 18-point gap to Liverpool.

But after goals from Gabriel Jesus, Martin Odegaard, Bukayo Saka and Sambi Lokonga yesterday, the German coach fears even the Gunners – who finished fifth and five points behind – are now ahead of them.

Tuchel added: “Given our last two weeks, our game today, we should not mention the two teams in front of us.

“We got absolutely beaten by a team that does not play Champions League football next season and finished behind us. But at the moment, they seem far ahead of us.”

Tuchel continued: “I don’t know if I ever lost a match in pre-season 4-0. I can’t remember not winning two matches in a row in pre-season.

“Me and the coaching staff, together with the team, need to step up and find a way through this because it hurts at the moment.”

Koulibaly made his debut against Arsenal in a 17-minute second half cameo, and Tuchel admitted: “He was the best player on the pitch for us. On an evening where nothing felt good, this felt very good.” 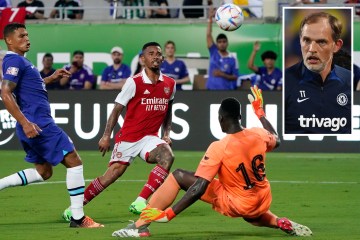 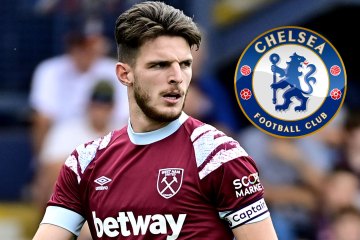 And on the lack of attacking output, Tuchel said: “It’s the same players, so why should anything change?

Today24.pro
Athletics give up three more homers, are swept by Giants in Bay Bridge Series The Shins Off-Air Performances Why didn't Jamaica join Canada? (Short Animated Documentary) How To Get Rid Herpes Virus with Autophagy Fasting? - Natural Treatment For Herpes by Dr. Berg