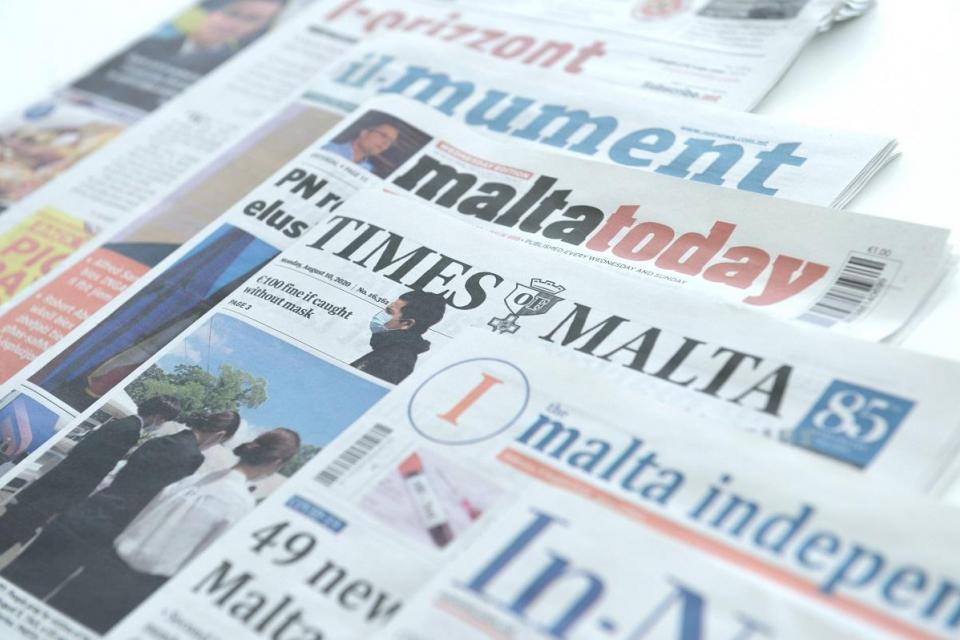 The following are the main stories in Sunday’s newspapers. The Sunday Times of Malta analysed corporate records which showed that large amounts of money were being shifted out of Vitals on the same days it was receiving multi-million-euro payments from the government. In another story, the newspaper quotes experts saying that President George Vella is breaching the constitution every day that he refuses to sign a controversial IVF reform into law. Malta Today says that a 35-year plea bargain is being considered for two hitmen in the Daphne Caruana Galizia murder. The Malta Independent on Sunday leads with a review of what has changed in Malta a year after the publication of the Daphne Caruana Galizia inquiry. Il-Mument also leads with a review of the inquiry saying that no action has since been taken by Prime Minister Robert Abela. Illum says Valletta residents will be taking to court to fight legal notices allowing music in the capital to continue until 1am. It-Torċa speaks to former Prime Minister Joseph Muscat who says that a small minority of people are taking advantage of the current situation to increase prices.

THE DIGITAL HEALTH ECOSYSTEM: An in-depth examination of the players and tech trends reshaping the future of healthcare

How to hide your online status on WhatsApp