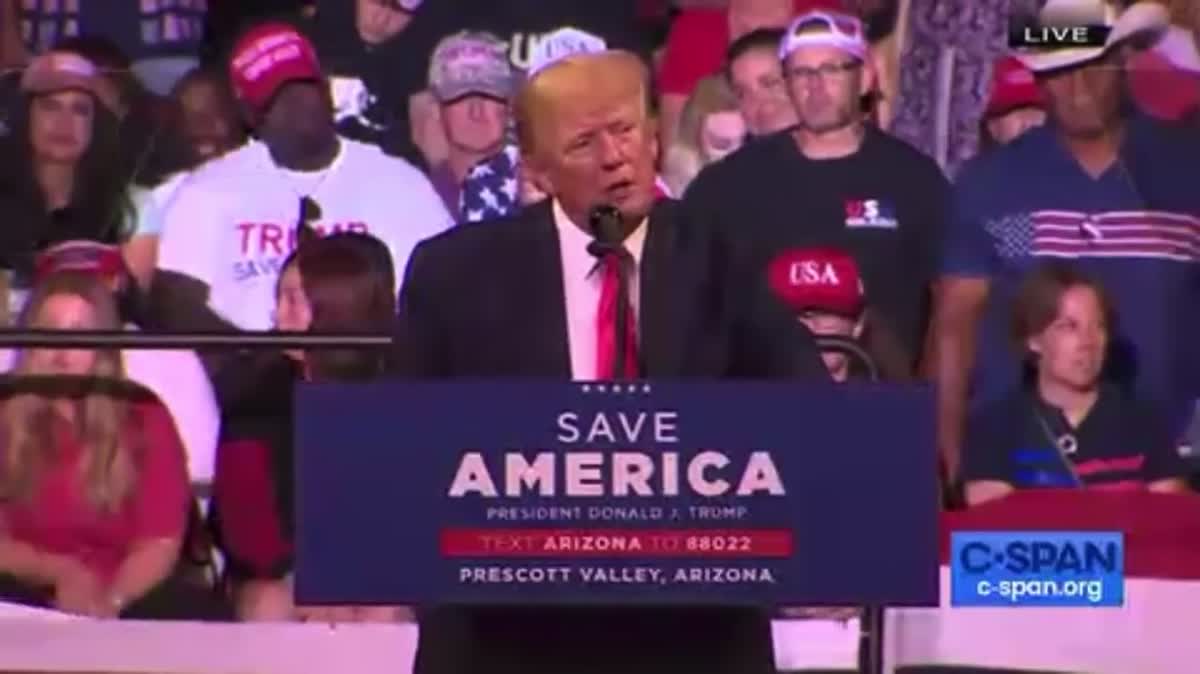 During former President Donald Trump's rally in Arizona Friday evening, he, of course, aired his grievances and claimed that he's the most mistreated person in the world. "Who has been through anything like what I've been through?" he asked his crowd of lint-licking, fire-breathing supporters. "Certainly no politician, and definitely no President," he continued.

"A president leaves office, and it’s supposed to be a wonderful life," the twice impeached one-term president that incited the deadly Jan. 6 riot at the Capitol said out loud.

"And all this while I was doing so much as President," said the man that didn't do anything for three hours while our Capitol was under attack.

Trump: "A friend of mine recently said that I was the most persecuted person in the history of our country ... I thought about it, and I felt, you know, he may very well be right" pic.twitter.com/pjGdAx7ZBi

The 'lock her up' guy sure seems anxious over the prospect of being locked up.