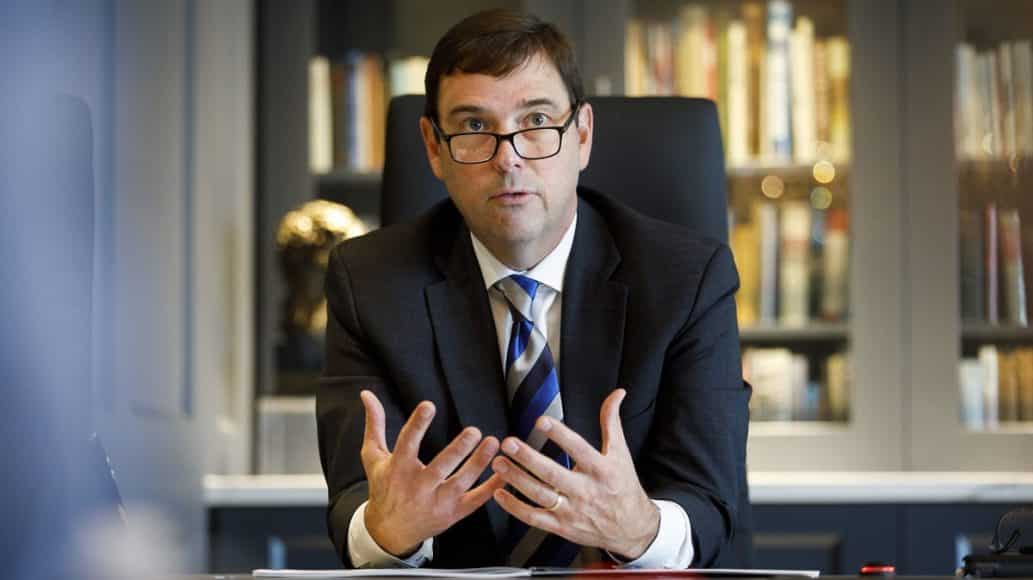 With training camp almost at hand, most fans have shifted their focus to what the Chicago Bears will do this 2022 season. Yet some continue to have one eye on the background. Momentum continues to build towards the team completing their purchase of Arlington Park. That will give them the necessary land to build a new stadium. Soldier Field, their home for the past 50 years, is on borrowed time.

That hasn’t stopped city officials from doing anything and everything possible to convince the franchise to stay. One of the wildest ideas yet was put forward by Mayor Lori Lightfoot. It completely renovates the entire lakefront around the stadium, capped by putting a dome on top. That would make Soldier Field accessible year-round, improving its revenue possibilities. As it turns out, Lightfoot isn’t the driving force behind this idea. There is somebody behind the scenes. Somebody with deep ties to the NFC North. Greg Hinz of Crain’s Chicago Business revealed details.

“Numerous details about the dome proposal are not available. Included are its cost—sources are citing figures of up to $2 billion—or how to pay for it without dinging Chicago taxpayers, something Lightfoot has said she does not want to do.

But sources close to the matter say the dome plan was developed in consultation with developer Robert Dunn, who wants approval for the huge One Central mixed-used project just across Metra tracks from Soldier Field, but is better known as a stadium developer who’s worked with the Green Bay Packers, Minnesota Vikings and other NFL teams on stadiums…

…One artists’ rendering obtained by Crain’s depicts a Soldier Field that’s effectively surrounded by a new structure, with a moveable roof. The depiction resembles AT&T stadium in Texas, where the Dallas Cowboys play.” 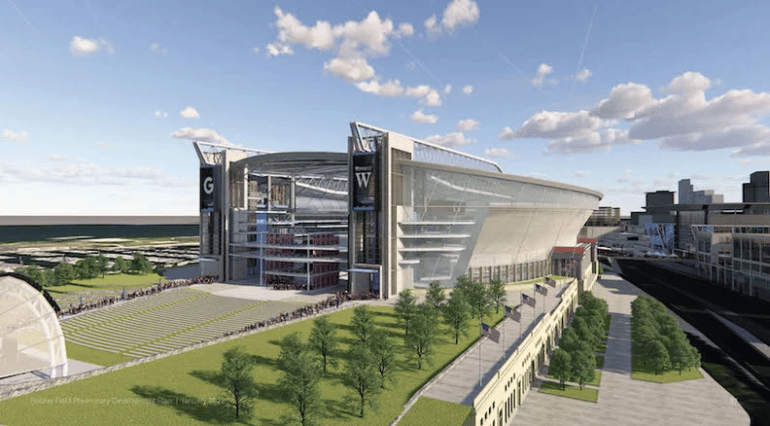 Bears’ exit from Soldier Field is complicating his plans.

Dunn is based out of Wisconsin. In addition to the Vikings and Packers, his company Landmark Development also did work for the Detroit Lions. So he has his fingerprints across the entire NFC North. The Bears appear to be the last holdout. Dunn hopes to get Illinois to greenlight an ambitious project renovating much of downtown Chicago around the lakefront. It could cost upwards of $20 billion across 20 years. The dome idea to him is simple.

“Stadiums are no longer 60,000-seat venues that operate 10 days a year. All of these projects are now focused on major economic development.”

An enclosed stadium would enable it to host events year-round, including college basketball tournaments, concerts, etc. Unfortunately, the Bears’ purchase of Arlington Park may have thrown a colossal wrench into his plans. They are by far the biggest draw to Soldier Field. Losing them makes the idea of funding such a project significantly harder. While the renovation might benefit the city in the long run, it isn’t likely to do much for the team since they don’t own the building.