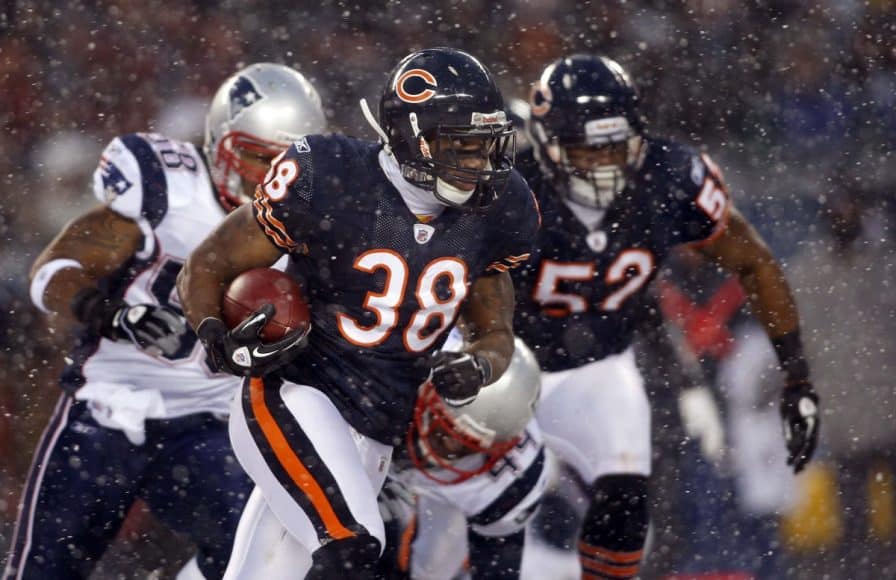 Velus Jones did everything required of him leading up to the 2022 draft. First, he had a good final season at Tennessee. He led the team in receiving and kick returning. Then he was one of the best receivers on the field during the entire week of the Senior Bowl. Last but not least, he ran a blazing 4.31 at the scouting combine. Yet when the Chicago Bears finally made his dream come true by taking him in the 3rd round, all anybody could talk about was his age.

Jones turned 25 years old shortly after the draft. It made him the oldest rookie in the class. On average, most fall somewhere between 21 and 23. Under draft logic, everybody thinks only the good ones come from that age range. Even if there’s evidence to counter that argument. The Bears should know. They’ve already seen it three times in the past 15 years.

Whitehair has easily been the most consistent lineman the Bears have had over the past decade. Nobody would say he’s great, but he’s good and made a Pro Bowl in 2018. Manning had a solid run in Chicago with seven interceptions and seven forced fumbles. He stepped in for the injured Mike Brown and helped the Bears reach the Super Bowl as a rookie. Long? He was the best (and oldest) of the bunch. He reached three straight Pro Bowls out of the gate. Sadly it was age but a string of luckless injuries that ended his career.

Velus Jones will be good if he’s meant to be good.

Age is never a determining factor in whether a football player can succeed in the NFL. People may not want to hear that hundreds of guys came in at 21 or younger and were out of the league before their 25th birthday. Jones would love to be two years younger so people would stop talking about this. The reality is he can’t. His age is his age. Reversing time isn’t possible. His only course of action is to move forward.

What we know for sure is that Velus Jones has talent. Lots of it. He is big, strong, and fast enough to play in the NFL. The only question is whether he can play the game at the mental level to succeed. There is no telling if a player has that until he gets on the field. That time is coming. The truth is if the Bears can get even six or seven good seasons out of him, that draft pick will be considered an undeniable success.