LONDON – Molly McCann is not one to call someone out, but she had a name after UFC Fight Night 208.

McCann (13-4 MMA, 6-3 UFC) scored another knockout with her elbows, using a spinning attack to set up a flurry that sparked Hannah Goldy in the first round at The O2 in London.

“So I never call anyone out,” McCann told MMA Junkie at the post-fight news conference. “It’s not for me to do. But when you talk about legacy, prestige, honor, who’s the best in the game – and it’s Valentina (Shevchenko). Am I Valentina ready? No. Am I Antonina ready? Let’s see. I believe I am. This isn’t like a diss. This isn’t like, ‘I think I’m gonna ‘F’ you everywhere.’

“No, it’s not. But I genuinely think this is an amazing fight to have, and if they do one fight camp for me, if I ever make it to Shevchenko, they’ll have the blueprint. But I’ll also have the blueprint because I’ll know how to beat her sister. So with the greatest respect, I’ve said her name because I think she is the best. So I would like you to tell her that I believe she is the best, that’s why I’m trying to challenge her for that.”

Shevchenko is coming off a split decision win over Cortney Casey at UFC on ESPN 39 in July. The win snapped her two-fight losing skid. 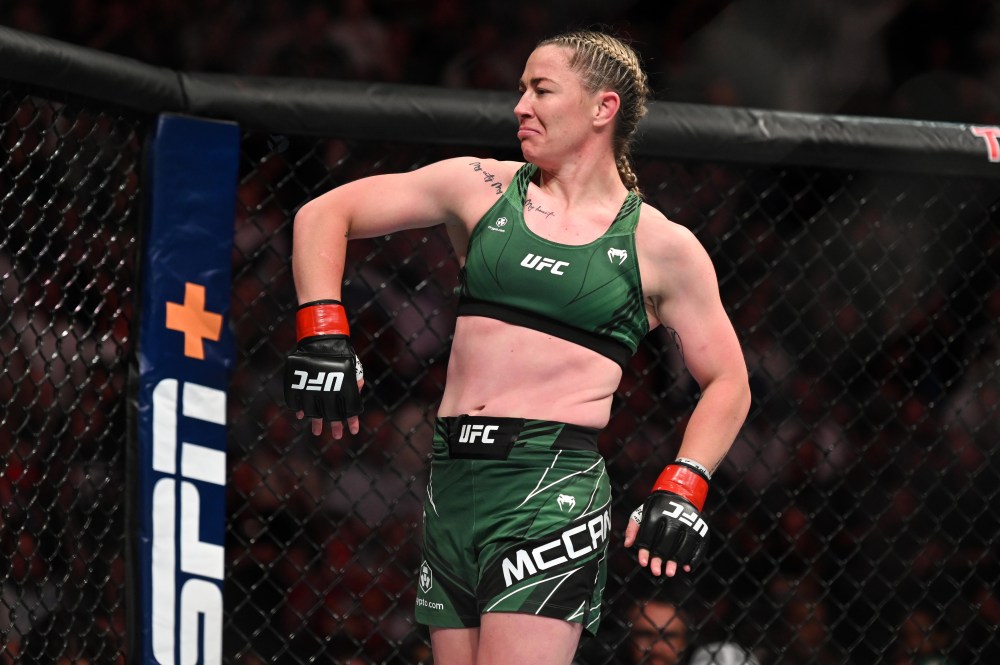 Can you spot the mountain lion ready to strike in creepy wildlife cam pic before it’s too late?