A BOY has been charged with the murder of a 14-year-old girl after she was found dead in her family home by her mother.

Brooke McLaughlin’s devastated friends after calling for justice after she was allegedly killed by a boy she is believed to have known.

Police said the boy was arrested on Saturday, but did not release his name, address, or other information.

The boy was taken to Long Creek Youth Development Center in South Portland,.

The Sun has previously reported the family’s car was stolen from their Maine mobile home on the same day of the murder.

It was found 15 to 20 miles away the next morning, police said. 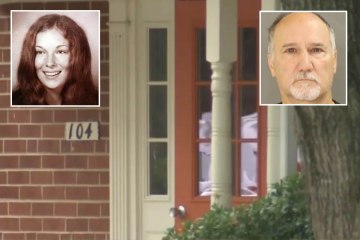 “Brooke was a kind, loving, very thoughtful, big-hearted, strong person, who loved her family and friends that she had so much joy spending time,” her obituary read.

“ She was always there for people she would always stand up for her friends and look out for them,” one of her friends wrote on her memorial page.

“She was so kind funny and really fun to hang out with.”

“Even if she had something going on in her life, she would Always, try to help other people what they were going through,” her aunt wrote on the page.

Her aunt said she will always remember how Brooke loved animals.

“She poured everything she had into them,” she said.

“She studied and read up on her pets till she knew everything about them.”

In addition to her parents. Brooke is survived by her sister, niece, two grandmothers, three aunts, stepmother, four step-siblings, and stepfather.

She is also survived by two of her lifelong family friends and their son, her cat and bearded dragon, many loving cousins, extended family, and friends, according to the obituary.

McLaughlin, was in 7th-grade student at Maranacook Community Middle School, according to Superintendent of Schools Jay Charette.

“Although we don’t know the circumstances of this tragic event we are working with various agencies to offer our support in a timely and appropriately sensitive manner to our students and staff given the nature of this tragedy,” he said in a statement.

A year after Taliban’s return, some women fight for lost freedoms