Queen’s Park went into their final Group H game in the Premier Sports Cup at Hamilton Accies’ The ZLX Stadium looking for the points that could have secured progress to the knockout stages and they almost secured them.

Hamilton’s extra point was not enough to see them through as one of the three best second placed teams with Dundee in the last 16 after winning Group H.

Teenager Alex Bannon came in for his first start in senior football with Louis Longridge returning to action from the first whistle after his goal in midweek against Dundee with Lee Kilday and Jack Thomson joining new loan recruit from Rangers, Josh McPake, on the substitutes’ bench.

The Spiders’ double promotion winning captain Michael Doyle took the field in the red and white of Hamilton against his former club who donned their black and white home top along with black and red away shorts and socks.

Bannon was quickly involved in his central defensive role as he headed the ball away for a corner which Dan O’Reilly headed past Calum Ferrie however Dom Thomas was perfectly placed to kick clear.

Longridge had a glimpse of goal on three minutes against one of his former clubs however he sent his shot zipping wide.

Queen’s found themselves a goal down just a minute later when Lewis Smith fed a pass to Andy Winter on the right-hand side of the box and the striker drilled a low shot into the far corner.

The Spiders looked to hit back quickly and the ball broke to Thomas in the box and he fizzed a low drive just past Ryan Fulton’s goal with Simon Murray whipping a free-kick over the bar shortly afterwards.

It was almost 2-0 on 20 minutes when O’Reilly won another header for a corner and his knockdown reached Andy Ryan who head- flicked it on however the ball just cleared the bar.

Longridge forced a corner on 27 minutes and Thomas sent over an inviting cross however Charlie Fox was penalised for a foul on Fulton and the danger was over. A minute later Murray rolled a pass into the path of Patrick Jarrett with a Hamilton defender moving sharply to block the midfielder’s effort.

Steve Lawson’s deliveries from Hamilton’s set pieces were causing problems and Brian Easton had a header deflected wide before Grant Savoury carved out a chance for Liam Brown six minutes from the break.

Brown took Savoury’s pass in his stride but his 25 yarder failed to trouble Fulton as it sailed over with the first half ending 1-0 to the Lanarkshire side.

It looked like the second half had got off to a great start for Queen’s when Simon Murray nodded a Brown cross behind Fulton from six yards only for an assistant’s flag for offside to cut short the striker’s celebrations.

A long ball from Bannon in-behind the Hamilton defence and hesitancy from Fulton gave Thomas an opportunity from 25 yards with the attacker sending in a lob that just failed to hit the target.

An equaliser arrived 12 minutes from time following a free-kick to Queen’s on the left. The ball bobbled in the Hamilton box and Williamson got it under control before slipping a short pass to DAVIDSON who side-footed high into the net from 10 yards.

It looked like it would get even better for Owen Coyle’s side shortly afterwards after McPake darted into the box however following a good old-fashioned stramash the ball was cleared.

In injury time Tommy Robson was denied a winner by the legs of Fulton after the full back had moved forward on a solo run.

Penalties were called for and after Brown and Savoury had scored from the spot Davidson had his effort saved. Murray netted his effort however home substitute Jonny Ngandu drilled in the winner from 12 yards. 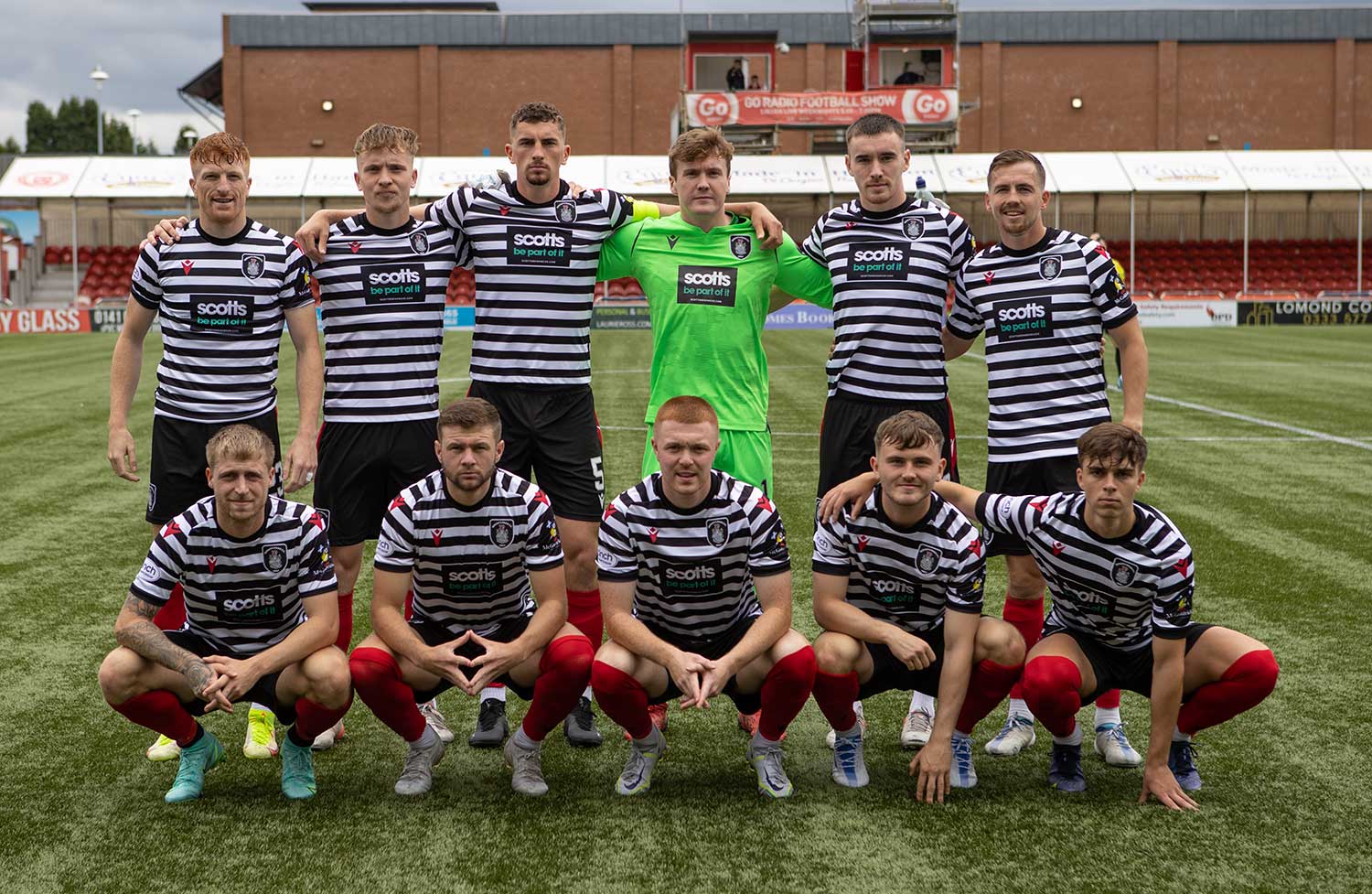