A BOAT migrant who posed as a kid to get into Britain was busted by a wedding picture posted on Facebook by his wife.

He pretended to be 17 after sneaking across the Channel from France in a dinghy, a tribunal heard.

The Eritrean, known as LS, claimed he was born in 2003 despite his deep voice and facial features.

The migrant never told council officials in Brent, North West London, he was married and refused to hand over a certificate.

Judge John Keith said: “I have little doubt that the certificate will reveal the applicant’s age.” 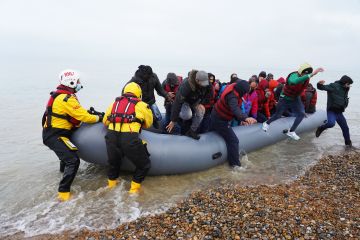 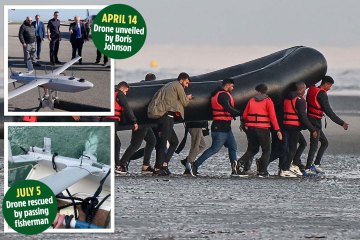 He ruled LS is likely to be five years older than claimed.

A final decision is yet to be made.

Why are there so few homeless people in Western Europe?

Tanak holds off Rovanpera to win Rally of Finland

Today24.pro
College students are quietly one of Chipotle's most important customers 2023 Audi S3 & RS3 Buyers Guide Is it worth it? How does it compare? The Shins Off-Air Performances Troy Deeney: With Haaland and Nunez, Man City and Liverpool are so good it’s a joke… the others won’t get close