RISHI Sunak has revealed his own personal heartbreak as he pledged to cut back on NHS waiting times.

He said his grandfather has been having hospital treatment for two and a half weeks.

He told The Times: “This is personal for all of us, the backlog issue.

“He literally has just come out and he’s very sick.

“We’ve been extremely worried as a family about everything over the last few weeks. He’s my last remaining grandparent.

“It will be unacceptable if ­millions and millions of people are waiting too long for the treatments they deserve.”

Sunak has pledged to cut NHS waiting times for patients[/caption] 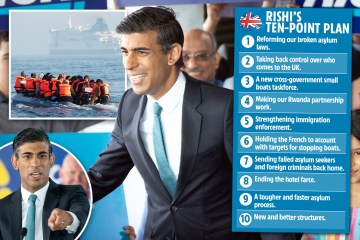 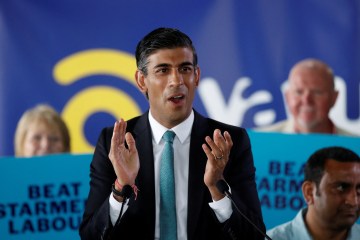 NUMBER 10 contender Rishi Sunak is like a sleek BMW and his rival Liz Truss, left, is a sturdy tank, a focus group found.

The ex-Chancellor is seen as the candidate who would run a laser-focused operation as PM, according to one Tory member.

Mary from Hertfordshire said: “I think Rishi’s a BMW and Liz is a Vauxhall.”

Another participant said: “Rishi’s a sleek, well refined machine that looks great and is high performance.

“Liz is more of a tank. She’s going to drive through everything to achieve her objectives and smash everything through.”

Today24.pro
10 Over The Top Boss Moves We DID NOT SEE COMING Rotec team signs up to Santa Abseil challenge in support of St Margaret’s Hospice Care Matthew Judon Fed Up With Joint Practices? Twitter ‘Like’ Hints Feelings Kate Middleton will take on tennis legend Roger Federer at secret location to raise money for charity