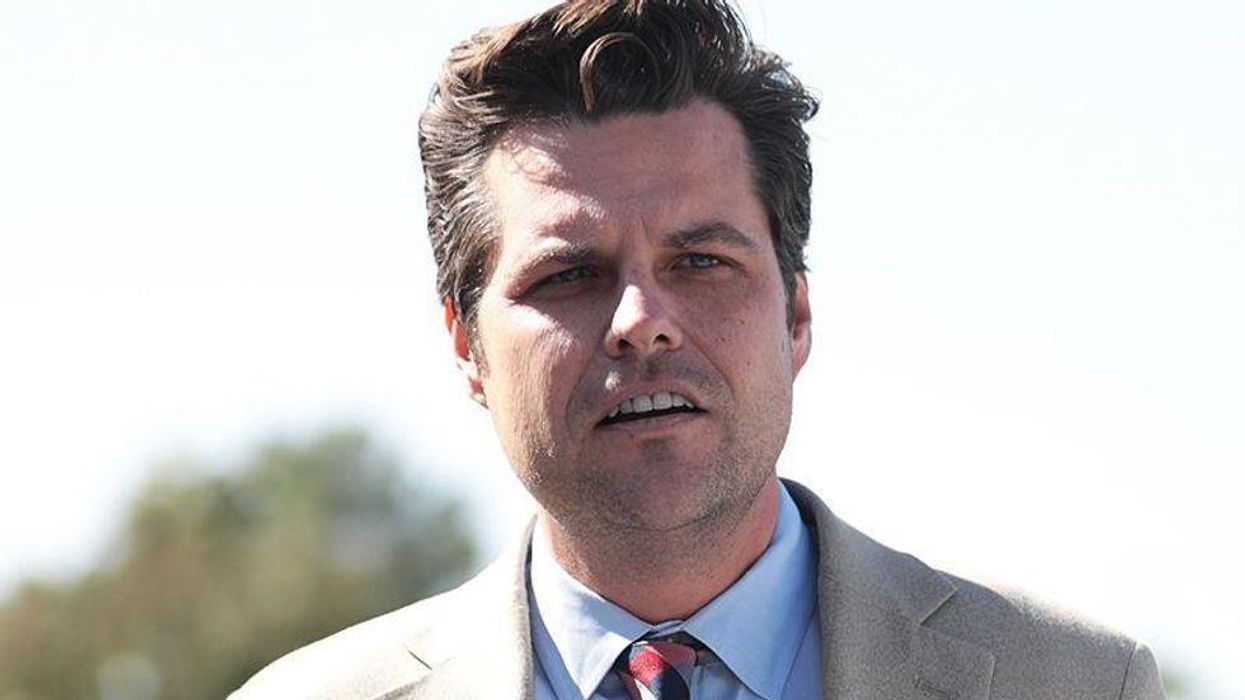 Speaking at the Turning Point USA’s Student Action Summit in Tampa, controversial Rep. Matt Gaetz offered his analysis of the likelihood of pro-choice women becoming pregnant based on how he perceived their attractiveness.

“Why is it that the women with the least likelihood of getting pregnant are the ones most worried about having abortions?" Gaetz asked. “Nobody wants to impregnate you if you look like a thumb.”

Texas Democratic state Rep. Erin Zwiener, who is a mother, blasted the Florida man for his speech.

"So many men who are determined to take choices away from women see us exactly this way, as decorations who only have value if they are attracted to us," she posted to Twitter. "Gaetz, we don’t care if you think we’re hot. Either way, we deserve to make our own decisions about our futures."

Jonah Goldberg, the editor-in-chief of The Dispatch, said Gaetz was also being counterproductive.

"Put aside that Gaetz is basically a sybaritic gargoyle on the inside. How does this help the pro-life or conservative cause [Turning Point USA]? How does this not repel more people than it attracts? It's not just grotesque, it's harmful to what you claim to want," he wrote.

Sports reporter Chris Carlin said, "I don’t ever like to get personal, but… Matt Gaetz is a contemptible prick."

This is not the first time Gaetz has suggested pro-choice activists have trouble finding sexual partners.

"How many of the women rallying against overturning Roe are over-educated, under-loved millennials who sadly return from protests to a lonely microwave dinner with their cats, and no bumble matches?" he tweeted in May.

What are early symptoms of monkeypox?

Something else about the XMR update from Monero on August 13