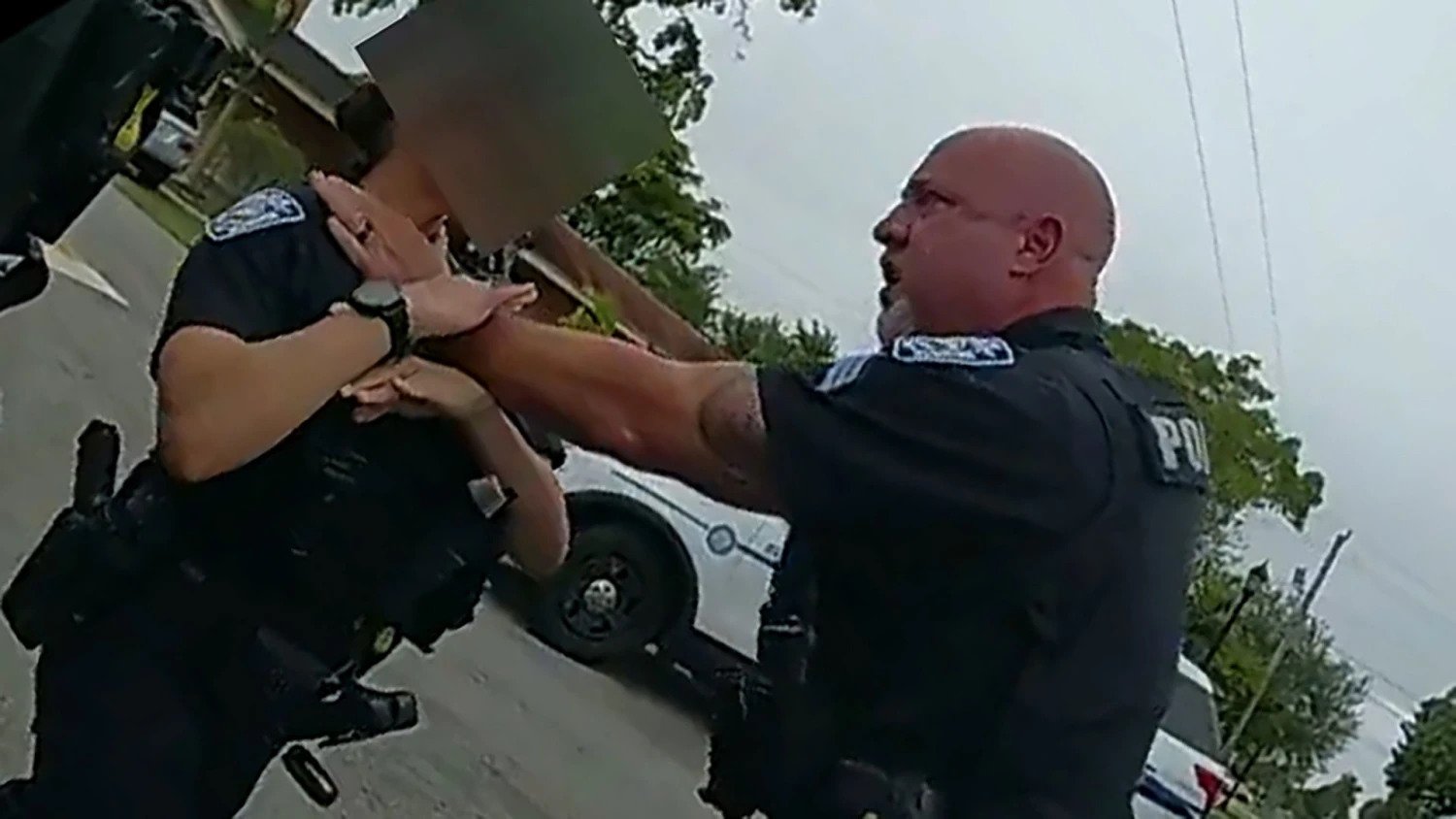 You might remember this story from earlier in the year. Pullease was pepper-spraying a suspect directly in the face, apparently while he was handcuffed in the back of a squad car when another officer objected. He became irate, grabbed her by the throat and pepper-sprayed her as well. Well, after a long investigation he's now under arrest. He had been on paid administrative leave ever since.

A Florida police sergeant who was seen in body camera video grabbing another officer by her throat last year was charged with battery and assault on a law enforcement officer, officials said Thursday.

Christopher Pullease, 47, was also charged with evidence tampering and assaulting a civilian during the Nov. 19 incident, the Broward State Attorney’s office said in a statement.

Pullease, who was relieved of his supervisory duties in January, was accused of “intentionally touching or striking” the female officer against her will and assaulting her when he held pepper spray to her face, the statement said.

The assault charge against the civilian, who was being arrested on what authorities described as a violent felony when the incident occurred, was prompted by Pullease holding the spray to the man’s face, the prosecutor’s office said.