AIRPORTS continued to face mayhem yesterday — the day after many schools closed for the summer hols.

Almost a million holidaymakers were expected to leave the UK on flights this weekend.

Long queues could be seen at Heathrow and Bristol airports.

And Manchester and Stansted also struggled with an influx of arrivals.

Social media was awash with complaints of lost luggage not being recovered.

One holidaymaker at Manchester told us: “We were packed in like sardines. It was mayhem.” 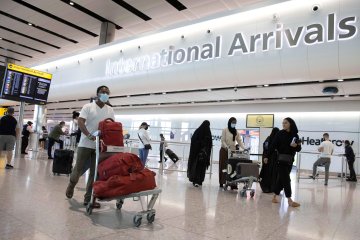 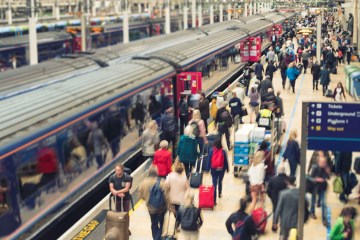 Pictures showed holiday makers even queuing outside in the car park at Manchester trying to get in.

It comes as a British Airways cabin crew member based at Heathrow told the BBC most long-haul flights were operating short of crew, adding to tiredness.

Though flights are still crewed above the legal minimums, he said the company was recruiting to fill the gaps but it can be a “lengthy process”.

And it comes as it emerged a passenger with only one leg was abandoned on a plane at Manchester Airport and had to be rescued by the pilot after assistance staff failed to help him off.

David Judd, 54, who uses a prosthetic limb after having a leg amputated, was left stranded after flying in from Spain on June 18.

David, who uses a wheelchair when he travels, was waiting around 30 minutes.

The voice-over artist, of Wakefield, West Yorks, claims problems arose as soon as he arrived ahead of his holiday.

He added: “We were there for around 35 to 40 minutes, just waiting for someone to come and help us.”

Heathrow said yesterday it was flowing well, with no major baggage problems.