The case of a “feisty” cat who prefers keeping yard rodent populations down to being “fussed” by people has highlighted how rehoming rescues can benefit felines, equines and humans.

Battersea Dogs & Cats Home has shared the story of Cali, a Bengal who came into the charity’s care and is now happy “doing as she pleases” in an equestrian home.

“Cali was given to us as she was uncomfortable with too much affection given by her original owners; she would swipe if they fussed her too much,” a Battersea spokesman said.

“We then [placed her in] a pet home again but she quickly came back as she was just too feisty and would get frustrated if people tried to overly stroke her which resulted in her being unhappy in the home.

“Finally, we rehomed Cali to a stable home where there was no expectation of her having to interact with the people, they were just happy for her to do as she pleased. She keeps the rodent population down as she loves to hunt, has a new horsey best friend and she is happy to have the occasional stroke.”

The spokesman said many cats have a strong hunting instinct, so they can help control the rats and mice that invade many yards.

“Even if a cat has limited hunting instinct, their presence and smell within the area may be enough to deter rodents and even help keep the local rodent population down,” she added. 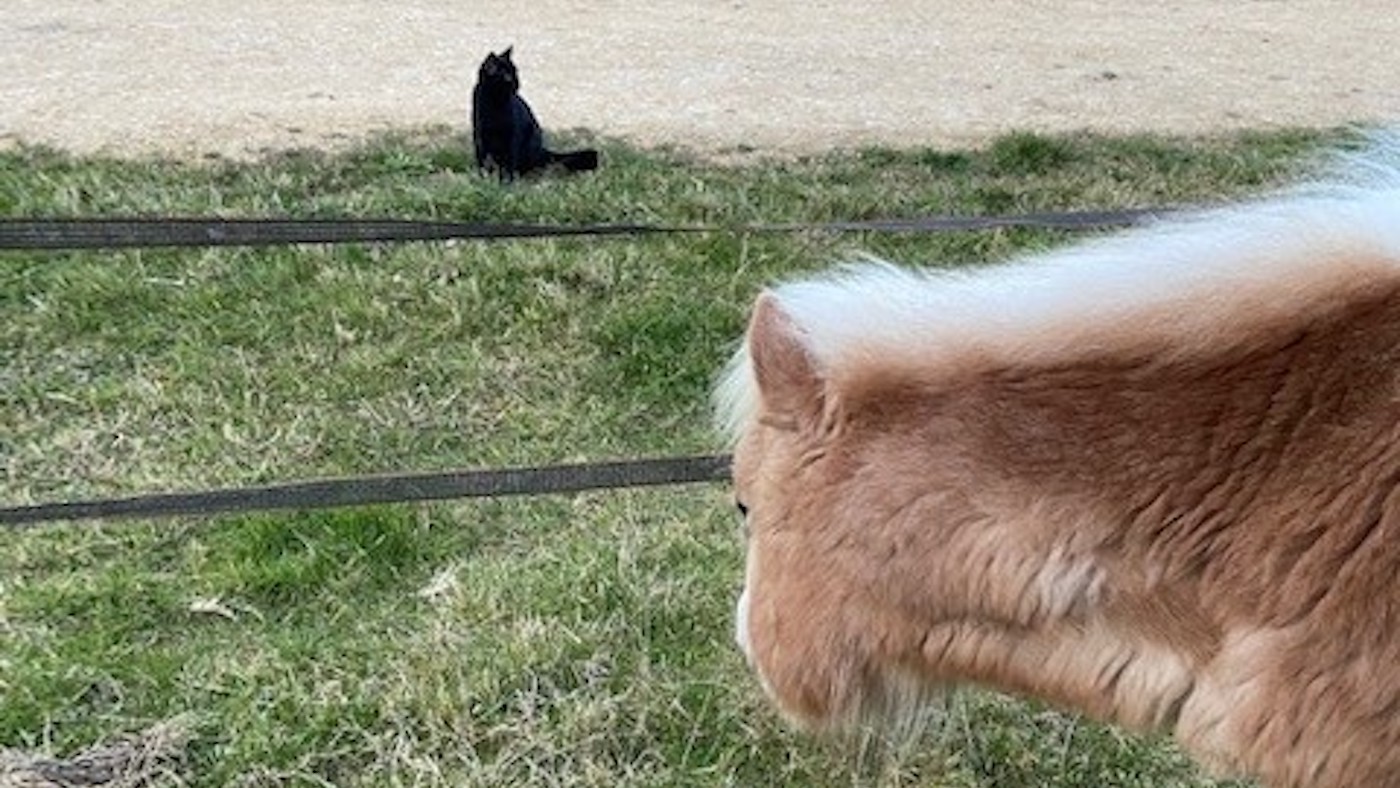 “For some cats, living outdoors as a working cat gives them the opportunity to live a natural and fulfilled life without the expectation of being confined in a home or being given forced interactions with their owners. They can come and go as they please and have a little stroke if they choose to.

“It is such a wonderful way to give a rescue cat its second chance in their own special kind of forever home.”

The spokesman added: “Cali is now famous among the walkers who go past the stable as she greets everyone and her family adore her!”

All Battersea cats are microchipped, neutered, treated for fleas and worms, and given an initial set of vaccinations. For more information on rehoming, visit the charity’s website.

A horse and a hound might be a more obvious partnership, but these horses and ponies seem equally content with

Rembrandt, 2015 HOYS supreme Champion, with the yard cat and his best friend at Sarah & Simon Parker's yard at Glebe Farm in Bronington near Whitcurch in Shropshire, UK on the 1st March 2016