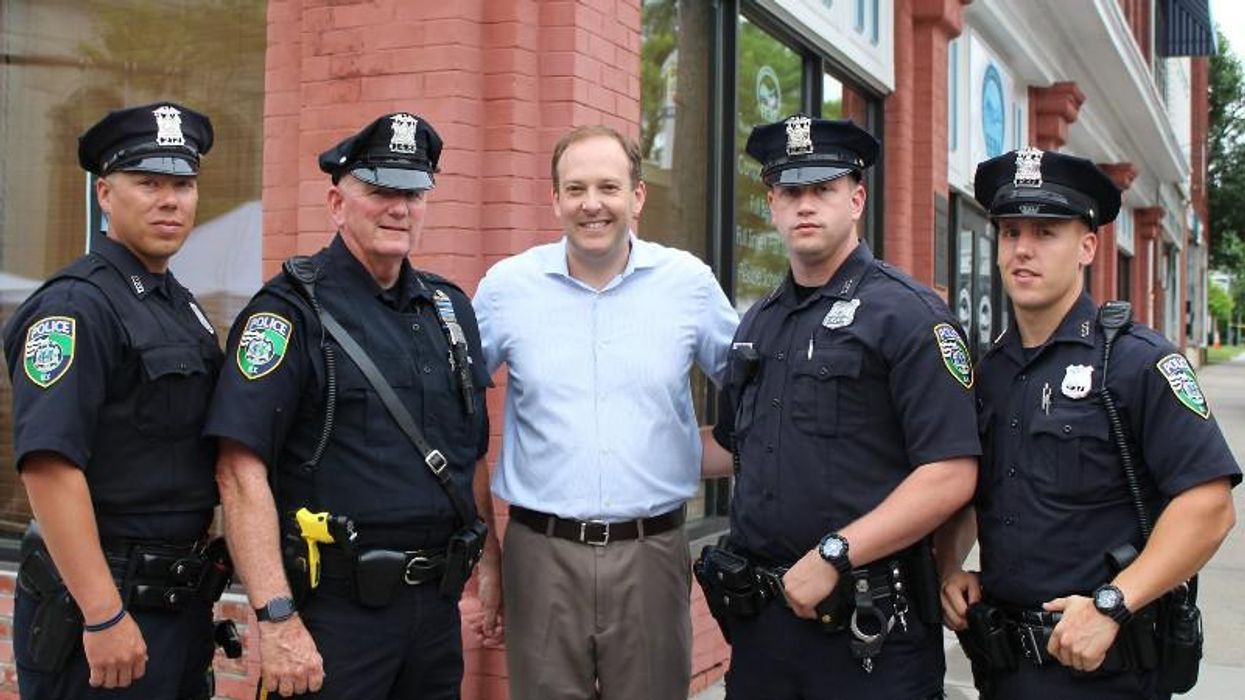 The federal indictment of the man who attacked New York GOP Rep. Lee Zeldin as he stumped for governor is drawing increased attention to the actions of the local district attorney who let the suspect free while she co-chairs his campaign.

"The man accused of attempting to stab New York gubernatorial nominee Rep. Lee Zeldin onstage at a campaign event has been arrested on a federal assault charge, a spokesperson for the US Attorney’s Office in the Western District of New York said, after he was released on his own recognizance shortly following an initial arrest Thursday," CNN reported. "David Jakubonis, 43, was arrested Saturday and charged with assaulting a member of Congress with a dangerous weapon, according to Barbara Burns, a Department of Justice spokesperson. Jakubonis made his first court appearance before US Magistrate Judge Marian W. Payson in Rochester on Saturday."

Jakubonis had previously been charged attempted assault in the second degree under state law, which allowed him to be released from jail.

That charge resulted in the Fox News headline, "Lee Zeldin on attacker's NY cashless bail release: 'We keep hearing too many of these stories.'"

And Zeldin campaigned on the issue.

\u201cWe cannot live in a state where someone who commits a felony trying to stab me on stage at a campaign rally then gets immediately released.\u00a0New York\u2019s cashless bail law must be REPEALED!\u00a0\u00a0Kathy Hochul refuses to get this job done. I will!\u201d
— Lee Zeldin (@Lee Zeldin) 1658592644

But not unlike Uvalde, the story completely fell apart under scrutiny.

Monroe County District Attorney Sandra Dorley could have charged Jakubonis with crimes that would've prevented his release from jail.

"In the case of Mr. Jakubonis, the Monroe County district attorney could have chosen to charge him with a violent felony, which would have qualified the case for potential bail, and pushed to keep him behind bars," The New York Times reported.

"NY GOP Rep. Lee Zeldin is blaming the release of the man who allegedly attacked him on bail reform. The man was released because the DA very strangely charged him with a non-bail eligible offense. That DA - Sandra Doorley - is co-chair of Zeldin's campaign," New York attorney Rebecca Kavanagh wrote.

"Can you imagine any other case where a political candidate is rushed onstage by someone with a weapon and then only charged with an E-level felony?" she asked. "By one of the most pro law and order prosecutors in the country no less."

"She inexplicably declined to charge him with a violent felony and seek bail. As she would have done in any other case. This isn’t about bail reform. This is a scandal," he concluded.

"Obviously I don’t know what her intent was. But it’s exceptionally odd. And also very inconsistent with the way she and other DAs operate," he explained.

"I’m not advocating that he should have been charged with a higher offense, just that he could have and any prosecutor — even 'progressive' ones — would have gone as harsh as possible to avoid the political backlash for not doing so," he explained. "So we have to ask why in this, of all cases, was any DA, let alone this DA with her connection to Zeldin and history of fighting against bail reform tooth and nail, surprisingly lenient."

"It’s really odd that Zeldin predicted what she’d do. Release. And oh so convenient. Again — it wouldn’t ordinarily even be a question in a case like this that a prosecutor (whether warranted or not) would charge a violent felony and ensure the person was jailed pretrial," Hechinger said. "Imagine the outcry by Zeldin against any other prosecutor who charged the person with the lower charges available. Why is he not focusing on her? Because it’s so convenient to be able to blame bail reform."

\u201cJust as I predicted, after the man who tried stabbing me last night was charged with Attempted Assault in the Second Degree, a felony, he was then immediately released under the state\u2019s insane cashless bail law, which MUST be repealed! My full statement\u2b07\ufe0f\u201d
— Lee Zeldin (@Lee Zeldin) 1658526086

Today24.pro
Kate Middleton will take on tennis legend Roger Federer at secret location to raise money for charity 10 Over The Top Boss Moves We DID NOT SEE COMING How Charlize Theron and KiKi Layne Spar in The Old Guard Anatomy of a Scene Behind The Scenes Of The Sandman