HOLLY Willoughby revealed she “burst into tears” from wedding “stress” before she married Dan Baldwin.

The This Morning host, 41, opened up about her marriage as the couple prepare to celebrate their 15th wedding anniversary.

Holly spoke about her marriage in a candid clip on Instagram: “It feels like a very long time ago, we have been married 15 years this year so it feels very special.

“Those memories are still as fresh as they were on the day. It is a special, special time from the dress, to walking down the aisle, to the smell of those flowers that you will never forget, to seeing all your loved ones in one place.

“Just a complete celebration in its purest form.” 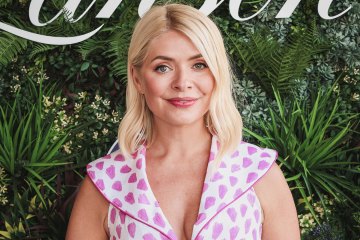 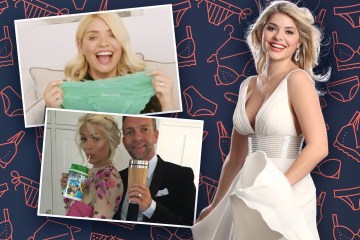 But Holly explained that the day almost didn’t go to plan as the summer of 2007 was “one of the wettest on record”.

The TV star feared the weather would completely ruin her wedding , which left her in floods of tears.

She continued: “Shortly before the wedding, I was working with Fearne [Cotton] and spotted one of the crew reading a newspaper with ‘5 Days Until Summer Begins’ splashed across the front page.

“I was getting married in 5 days! I burst into tears.”

The pair – who said I Do in the stunning fairytale surroundings of her favourite childhood venue, Amberley Castle in Sussex – luckily had glorious weather for the occasion.

Earlier this month, Holly revealed her cheekiest wedding secret ahead of her 15-year anniversary.

The TV host has previously admitted their relationship is full of laughter.

Yet Holly – who usually remains coy about her family life and kids – has opened up on the website for her lifestyle brand, Wylde Moon.

She particularly focused on her wedding garments – and her lingerie when she walked down the aisle.

Mum of three Holly told the website something “no one knows” about her day, and confessed: “It’s obviously very important to get your underwear right under your wedding dress, and even more so with a backless dress.

“My amazing dressmaker had a vintage pattern for a bunny girl outfit.

“She adapted a 1960’s original bunny girl corset by cutting the back so low, it didn’t show.

“She even made me a fluffy tail – but I’m not sure that ever saw the light of day!”

Holly then opened up on the wedding gown itself, as she added: “I had in my head exactly what I wanted, but I couldn’t find it anywhere!

“I knew I wanted it to be very vintage, lace, with long sleeves, a high neck and a beautiful, open back, as that’s what everyone sees when you walk down the aisle.

“Oh, and a long train…if you can’t do that on your wedding day when can you?”

Holly got her big break in TV when she landed a role fronting Dan’s series, Ministry of Mayhem, with Stephen Mulhern in 2004.

Dan was one of the producers on the series, and they went on to marry in 2007.

To celebrate their ten year anniversary, the couple jetted off on a romantic holiday together.