The next PM must win over the entire UK

WITH time running short, Rishi Sunak knows he must come out fighting.

He is behind in the polls in the battle to beat Liz Truss to Downing Street.

On top of that, ballot papers will start falling on Tory members’ doormats in just over a week.

So it’s no surprise that he has been making big strides this weekend.

Declaring that Britain is in the grip of a national crisis is a bold start for a former Chancellor.

Today he slams the UK’s immigration system as broken and chaotic.

READ MORE FROM THE SUN SAYS 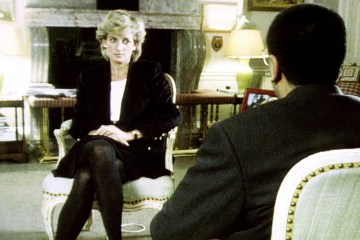 How about an apology from BBC to public to compensate the victims of its lies? 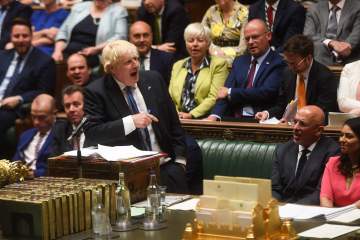 Both candidates realise this is a key battleground and Liz Truss yesterday emphasised her determination to get the Rwanda scheme working.

Rishii Sunak’s 10-point plan to stop illegal Channel crossings is clearly well thought out, although many of his solutions have already been tried.

It will add spice to a fascinating clash between the two at The Sun’s televised showdown at 6pm on Tuesday.

But Tory members will need convincing that whoever comes out on top can not only lead the party but also win the next general election.

Yesterday the former Chancellor took to the streets of Grantham, Margaret Thatcher’s birthplace.

Both candidates claim to be Mrs Thatcher’s political heir.

But as her former Cabinet Minister Lord Lilley points out, Maggie not only pushed through unpopular policies but was also able to sell them to the public.

It is one thing to win a leadership contest among Tory Party members.

It is quite another to win over the nation’s voters at a general election.

Tuesday’s debate will give a valuable pointer as to whether it’s Rishi or Liz who has the best shot of doing so.

IT’S insane that terrorists have been able to spread their poisonous beliefs from behind bars.

Extremist groups have for years used jails as a fertile recruiting ground for their murderous causes.

They have often been allowed to get away with brainwashing gullible fellow lags because of woke fears over infringing human rights.

They have even been able to claim the right to “socialise” behind bars to block efforts to isolate them.

Tough new rules will segregate the most dangerous.

But why is it only now that ministers have acted to keep these evil killers apart from other offenders?

There has even been an attempted murder of a prison officer by a terrorist within a maximum security jail.

For innocent people who have suffered at the hands of thugs radicalised in their cells, this reform has come far too late.

How to protect kids from sextortion crimes and scams

Today24.pro
Behind The Scenes Of The Sandman Kate Middleton will take on tennis legend Roger Federer at secret location to raise money for charity 10 Over The Top Boss Moves We DID NOT SEE COMING Matthew Judon Fed Up With Joint Practices? Twitter ‘Like’ Hints Feelings