A SAILFISH stabbed a 70-year-old woman in the groin while she and two friends were boating off the Florida coast.

Katherine Perkins was pierced by the 100lb fish in the terrifying attack on Tuesday.

Katherine Perkins, 70, was stabbed in the groin by a sailfish[/caption]

Katherine’s friends, Dominic Bellezza and Louis Toth, were attempting to reel in the potentially-deadly catch when it counter-attacked according to ABC.

Swimming forward in the air to escape the way it would in the water, the sailfish pierced Katherine in the groin as she stand on the boat.

Dominic and Louis placed pressure to the punture site, according to FOX13.

The accident happened so fast, Katherine was reported to have no time to react to the sudden danger 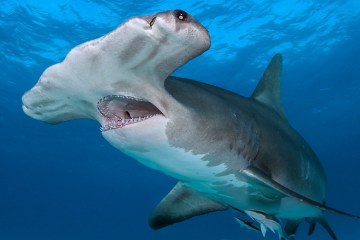 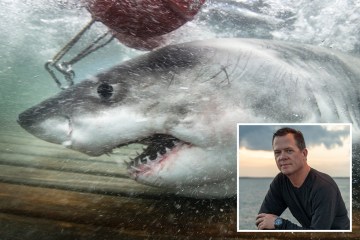 Sailfish, identified by their fan-like dorsal fin and long, sharp bill, are “widely considered the fastest fish in the ocean,” notes Oceana.org.

The site states their natural ability to reach speeds up to 70mph.

100lbs., like the fish that stabbed Katherine, is only half as large as sailfish get.

They grow to be as large as 220lbs, Oceana finds.

This stabbing happens amongst a rise in dangerous marine activity happening off of the US Coasts.

While the sailfish was likely just trying to evade capture, folks have been minding their own business during recent shark attacks.

Surfer Shawn Donnelly, 41, was knocked off his board when a sand Tiger shark attacked off the coast of Smith Point Beach on July 13.

He was left with a four-inch gash wound to the leg.

And, a man, 49, was taken to hospital after being bitten on the wrist and buttocks by a shark at Seaview Beach.

Chris Fischer, founder of the nonprofit research group OCEARCH, said swimmers are enjoying the liveliest ocean since the 1950s without realizing it after Covid kept many people away from the beaches.

There have been 22 recorded shark attacks this year off of American shores.

Sailfish, one of the fastest in the ocean, grow to be up to 220lbs. Their fan-like dorsal fins are often taller than their bodies[/caption]

Blistering CDC report says the agency cannot go on like this — it's too slow, not diverse, and not very good at giving public health advice