But her “bizarre” reveal sadly left some followers begging the troubled star to “get a job” instead.

He was not the star who joined the raunchy website. 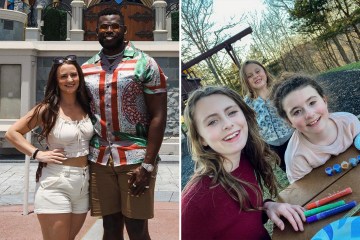 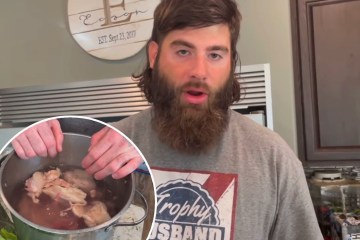 The lesser-seen sister posted a QR code to her Instagram page and in her caption, said her teenage son has already “found out” about the side hustle.

“Well my son found out so now..” she wrote. “I will post and share! Life is short. Adults have sex!! I love my sexuality and I’m very comfortable in it.”

Reddit users were not feeling so comfortable with this turn of events, and the need to involve her son.

‘WHY PHRASE IT THAT WAY?’

“WHY would you mention your child when posting about your only fans,” one ripped.

“What a weird fu**ing caption,” slammed another.

“Good lord!! Also having the word son and sex in the same sentence just seems wrong,” penned a fourth.

“These people from MTV will do anything but get a job,” wrote a fifth.

Amber is mom to daughter Lexis and son Jordan with her ex Matthew Bell and recently married her new man Jason.

She recently regained custody of them despite her alcohol relapse at the time.

The Sun exclusively revealed that Amber and Matt were ordered to share temporary joint legal and joint physical custody of Lexis and Jordan at a court hearing on July 29th.

In June 2018, Matt was awarded custody of the children, while her family was awarded “some parenting time,” according to a Michigan court.

The children were allowed to visit their mother in Texas, where Amber checked into rehab a month prior in May 2018.

She most recently posted her children to Instagram on July 29th as her phone background.

Amber’s Onlyfans photos cannot be viewed unless one subscribes.

Amber has struggled with substance abuse issues through the years, as she was arrested in 2013 for possessing narcotic equipment and a glass smoking pipe and spent 20 days behind bars.

In 2018 she entered rehab and penned a heartbreaking message to Lexi and Jordan upon her arrival.

“These two. They are my rock. My motivation. My inspiration. The reason I breathe and wake up everyday. Mommy loves you to more than you guys may know right now…

“You both deserve nothing but the best and I will give that to you. I’m gonna miss you these 90 days. I know dad and everyone else will keep you busy this summer. Just know I love you both with every fiber in me. When mom gets home she’s gonna be the best woman I can be and an even better mom,” she assured.

Then in 2019, she was arrested and charged with assault and held on a $1,500 bond in Texas where she was sentenced to 18 months of community service.

In November 2021, she resurfaced in a rare photo as she shared a Snapchat selfie, which showed her posing with puckered lips while sporting purple scrubs.

However, fans were quick to take it to Reddit to react, with the majority showing quite a bit of concern.

One person wrote: “Poor thing,” while another asked, “Is she using again?”

Amber’s brother, Tyler, has been open about how he’s struggled with his older sibling’s addiction.

Also in 2021, a scene from Teen Mom OG showed Tyler’s devastation at learning Amber had relapsed and was drinking again.

A promo clip had the 29-year-old’s mom, Kim, tell him and his wife Catelynn the news, to which he responded: “Oh, f**k.”

Although Tyler said his sister likes to “indulge in happiness,” Kim feared her daughter was following in the footsteps of Tyler’s drug-addict father, Butch.

Tyler reflected on how he could understand how Amber’s children may feel not having their mom around after his own experience with his absentee father.

He said: “As a kid, you feel like what’s wrong with me? I’m just irritated with it. Why are you not putting me first?

“Why are you not here enough? Why don’t you want to be with me and hang out with me every weekend and go get high? It doesn’t make sense.”

As for Tyler, he and Catelynn are preparing for the birth of their third daughter.

They are parents to Novalee, 6, and Vaeda, 2. They placed daughter Carly, 13, with adoptive parents when she was born.

In May, sister Amber vowed to “have a relationship” with Carly on her 13th birthday which fans slammed as “inappropriate” given the context.

Teen Mom Tyler Baltierra’s sister Amber has joined OnlyFans[/caption] She rarely posts to Instagram, but shared the announcement there – where she also recently got NSFW with her now-husband Jason[/caption] Amber now has joint custody of her 2 children, she shared her teenaged son Jordan ‘knows’ about her OnlyFans ‘already’ which upset fans[/caption]

‘I wasn’t worried’: Bertram Allen fights back for Ireland in the World Showjumping Championships

Today24.pro
Uvalde Strong: Volleyball team 1st to play after deadly shooting McCann vs. Blanchfield added to UFC 281  Ashton Kutcher on Mila Kunis Convincing Him Not to Go to Space & the Ongoing Conflict in Ukraine Punters blast new Cheltenham Festival rule brought in after Willie Mullins winner as BHA say it will ‘boost fairness’