AARON RAMSDALE believes Arsenal can become serial winners now they are buying players who can put their medals on the table.

The keeper was part of the first wave of Mikel Arteta’s famous Emirates “project” — one of six ambitious young signings last year.

Yet none of those new recruits arrived with first-hand experience of what it took to win a title.

Now that gap in the learning process has been plugged by the recent acquisitions of Gabriel Jesus, Oleksandr Zinchenko and Fabio Vieira.

And Ramsdale, 24, is confident the trio with a combined 11 league winners’ medals will be priceless. 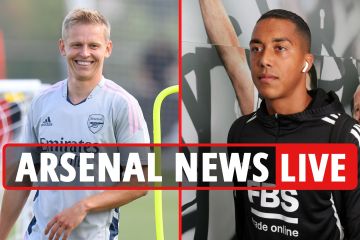 The England stopper said: “The club have been wanting hungry young players who are willing to develop and learn.

“But this year they are bringing in players who fit into that plan but who have also won titles. And that’s invaluable.

“When you have a young team you need a few players who know how to win through the whole season.

“Those we’re bringing in are from the same mould as last year, so there is a clear plan in place — that’s very exciting.”

Yet Ramsdale knows that success is not going to happen overnight and acknowledges there is still a long way to go before Arsenal are ready to take on Manchester City and Liverpool for the title.

He admitted: “At this moment in time, that’s not our battle to win.

“We know it’s going to be difficult to win the league with those two, with the experience they’ve gained from the past few years.

“Our game is to get as close as we can to them with this squad, adapt and learn and in a few years try to be on the same level.

“But it’s not as though when we play them we just let them walk all over us because on our day we know we can beat anyone.”

There were raised eyebrows when Arsenal paid £24m to sign Ramsdale despite him being relegated three times in four years with Chesterfield, Bournemouth and Sheffield United.

But those doubts were ended when he quickly established himself as the club’s first-choice keeper with a string of outstanding performances.

He admits: “The expectations and demands at Arsenal definitely shocked me at the start.

“Although there’s a lot of pressure when you’re fighting relegation, it’s totally different when you go into games and you’re expected to win.

“The disappointment level is a lot greater at Arsenal if you don’t get the right result.” 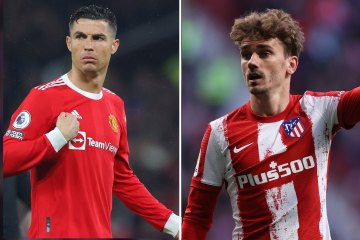 RON AT A TIME 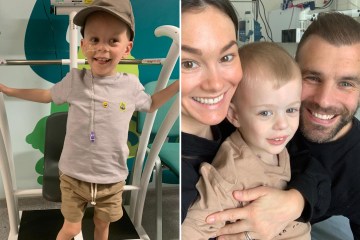 Yet Ramsdale has no issue with living up to the supporters’ expectations, saying: “To feel wanted and loved makes me feel eight feet tall.

“There’s no better feeling than 50,000 people singing your name. Not wanting to let them down allows me to raise my game.”