THE VIEW fans have revealed the main reason they don’t miss host Whoopi Goldberg’s absence from the talk show.

Viewers recently begged cohost Joy Behar, 79, to take over Whoopi’s moderator role when she filled in for the host on Friday.

The View hosts Whoopi Goldberg, Joy Behar, Sarah Haines, and Sunny Hostin[/caption] A fan disclosed an aspect of Whoopi’s hosting style that was not missed when the TV personality was absent from Friday’s broadcast of the show[/caption]

The morning talk show host was absent from Friday’s broadcast of The View.

Amid speculation that Whoopi may be fired and fan pressure to have the Oscar winner replaced, viewers seemed not to miss certain aspects of Whoopi’s hosting style.

The 66-year-old has been accused of cutting off her co-hosts and displaying domineering behavior in the past.

READ MORE ON the view 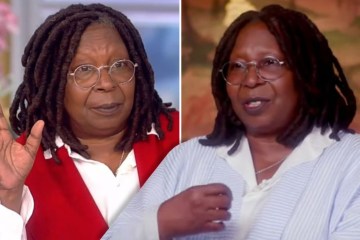 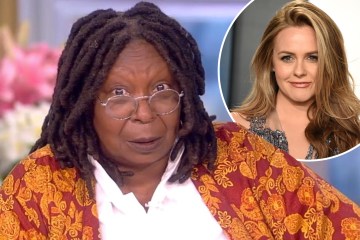 Whoopi shocked fans on The View’s July 11 episode after she yelled at her co-hosts on live TV before abruptly cutting to the commercial break.

In the same episode, Whoopi snapped at Ana Navarro as she interrupted her while introducing a new topic.

She was introducing the segment on the Supreme Court’s decision to overturn Roe v. Wade, a federal right to have an abortion.

As Whoopi paused while the studio audience reacted, Ana swooped in with her own comment and said: “As for Brett Kavanaugh, let me take out my little violin.”

Brett M. Kavanaugh, an Associate Justice of the US Supreme Court, was confronted by pro-abortion campaigners while dining in a Morton’s Steakhouse in Washington, DC, last week.

Ana’s comment prompted Whoopi to cut her off and fire back: “Let me… let me just finish the thing. And then go to it.”

Patti told The Sun that when Whoopi was interrupted by the co-host sitting directly to her left, “she kept her arm closest to the host with her palm down on the table as she reached out and up with her ‘audience facing’ arm.”

According to Patti, Whoopi’s quick response about letting her finish was said with “playful urgency.”

It kicked off when Whoopi opened up the show with a special introduction for Lindsey Granger who was sitting as guest host for the day.

“Hello, hello welcome to The View! Co-host of the Daily Blast live Lindsey Granger is back at the table welcome back,” she explained, as the crowd clapped loudly in response.

But one over-enthusiastic fan let out a huge yelp from the crowd, leading Whoopi to pause her monologue in shock.

“So let’s….” she began, before cutting off to look out into the audience for the shouting culprit.

“Alright,” she joked while giving the viewer a dirty look, adding: “That was a big old ‘yeah.'”

Fans recently wanted Joy to replace Whoopi as the moderator.

The Sister Act actress often takes off Fridays, giving Joy the chance to take over and prove to viewers that she can handle the job herself.

As Joy was absent all last week – and the show was off the two Fridays before – she hadn’t had a chance to take on the position in a little while.

Whoopi was out from The View on July 22, though, allowing Joy to once again lead the hosting panel.

Viewers gushed over Joy’s demeanor as moderator as compared to Whoopi’s.

They noted how much more calm and easy-going the whole program seemed to be.

One viewer praised the star: “Yes, Joy is the moderator! Job done correctly.”

A third tweeted: “Somehow when Grandma Joy moderates The View time be flying.”

Whoopi has been accused of cutting-off her co-hosts while they are speaking[/caption] In a recent airing, Whoopi snapped at an audience member who apparently cheered too loud for her liking[/caption] Fans seemed to have favored Joy Behar’s style of moderating, mentioning how the problem has a much more calm vibe[/caption]

These GOP lawmakers say they're pro law-enforcement but voted against giving congressional medals to police. Now they're excoriating the FBI on Trump's behalf.