A HOUSING association has apologised for not realising that one if its residents was sitting dead in her flat for two and a half years, while they claimed benefits to cover her rent.

Sheila Seleoane, 58, was last heard of in August 2019 when she visited her GP.

Peabody, the housing association that owned her flat, have apologised for failing to discover that she had died[/caption]

That same month she stopped paying her rent and, soon after, neighbours in the housing block in Peckham began to complain of a foul stench and maggots.

Sheila’s decomposing body was discovered lying in the recovery position.

She had been wearing pyjamas and a white top, which was stained with a brown substance which, according to cops, “must be a product of decomposition.”

Ms Seleoane’s downstairs neighbour complained of maggots and flies entering her flat from Sheila’s window as early as September 2019.

She was reportedly told that Peabody’s pest control ‘don’t deal with maggots.’

The chief executive of Peabody, the housing association that manages the block, Ian McDermott has now issued an apology. 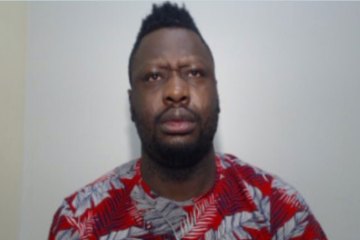 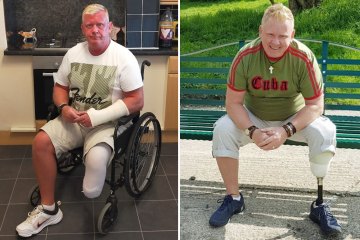 Despite the complaints from residents of Lord’s Court, Peabody reportedly only made one “proactive” attempt to contact Ms Seleoane.

This was three months after they applied for Universal Credit to cover her rent at the start of the first lockdown, and almost a year after she is suspected to have died.

Peabody have not yet paid back the claimed benefits but say they will, according to the BBC.

“We’ve apologised to the family. We’re deeply sorry for what happened.”

“The biggest apology though I think does go to the residents of Lord’s Court. They did tell us that something was wrong.”

The cops also bungled the investigation into Sheila’s condition as there were two police visits to the flat in October 2020, one at the request of residents and the other requested by Peabody.

A miscommunication by a Met Police controller led to Peabody being told that Sheila had been seen alive and well, while in reality neither visit had been able to make contact with her as she was already dead.

A Met spokeswoman said: “The staff member who documented that incorrect information no longer works for the MPS, but had they still been employed they would have been referred to Professional Standards for unsatisfactory performance.”

“We sincerely apologise for the error and for any distress that it caused to the family of Ms Seleoane.”

A post-mortem was unable to determine the cause of death due to the advanced decomposition of the body, but Sheila had Crohn’s disease and bowel inflammation.

One neighbour said “How embarrassing – 89 attempts yet they closed the case based on the police saying they spoke to her but somehow they couldn’t.”

“The main thing is we don’t want anyone to have to go through what Sheila and us as residents went through. No human being deserves to be treated like that.”

Thousands of RAC customers face 30% price hike – how to avoid

More showers ahead of a much cooler weekend