If you purchase an independently reviewed product or service through a link on our website, SPY.com may receive an affiliate commission.

Gone are the days when people used to “Ooh” and “Ahh” over the unreleased smartphones I was testing. Once upon a time, whenever I stepped out in public with a yet-to-be-released phone, it seemed like everyone I knew was lusting over the device. The original Samsung Galaxy Note comes to mind as a great example because I can’t tell you how often I was asked by random waiters and friends about its enormous size. Everyone wanted to know what it was. It’s the same way people were instantly smitten by the unibody construction of the HTC One M7’s industrial design. Unfortunately, today’s smartphones look so similar that no one gives them a second thought.

That’s why I need to applaud the Nothing Phone for doing something a bit daring, especially considering it has your fundamental rectangular slate design. Despite this, the Nothing Phone is totally unlike any other smartphone for sale in 2022, and it proves that a little bit of innovation goes a long way. Previously, we’ve written about the lackluster world of smartphone design, and how even Apple’s signature iPhones are becoming a bit blah.

This week, the Nothing Phone has been the darling of the tech industry, with glowing writeups all over the web. The average consumer should be forgiven for having some questions about this smartphone release. Questions like, “What is it, and why should I care?”

Learn More about the Nothing Phone

What Is the Nothing Phone?

Technically referred to as the Nothing Phone (1), it’s a mid-range smartphone running a custom Android experience from consumer technology company Nothing Technology Limited. It was founded by Carl Pei in 2020, who was one of the co-founders of OnePlus. Some people are familiar with OnePlus since its phones had a cult following during its earlier years, then blossoming into a larger force in the market.

Read More: How Good Is the OnePlus 10 Pro’s Camera? We Asked a Photographer To Test It Out 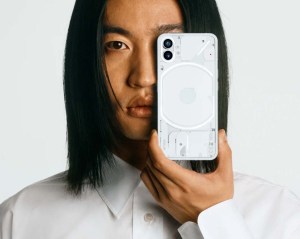 Why Can’t You Buy the Nothing Phone in the United States?

Based on the way U.S. tech websites are lusting after this device, it could be a marketing ploy to build hype. More likely, the makers of this phone know that Apple has a stranglehold on the U.S. market. During the annual Mobile World Congress conference, lots of high-tech phones debut that will never make their way to the United States, but there is a huge market for iPhone alternatives in Europe and Asia.

Knowing that, why should you care? There are a few reasons to pay attention to this smartphone release, which we’ve outlined below. 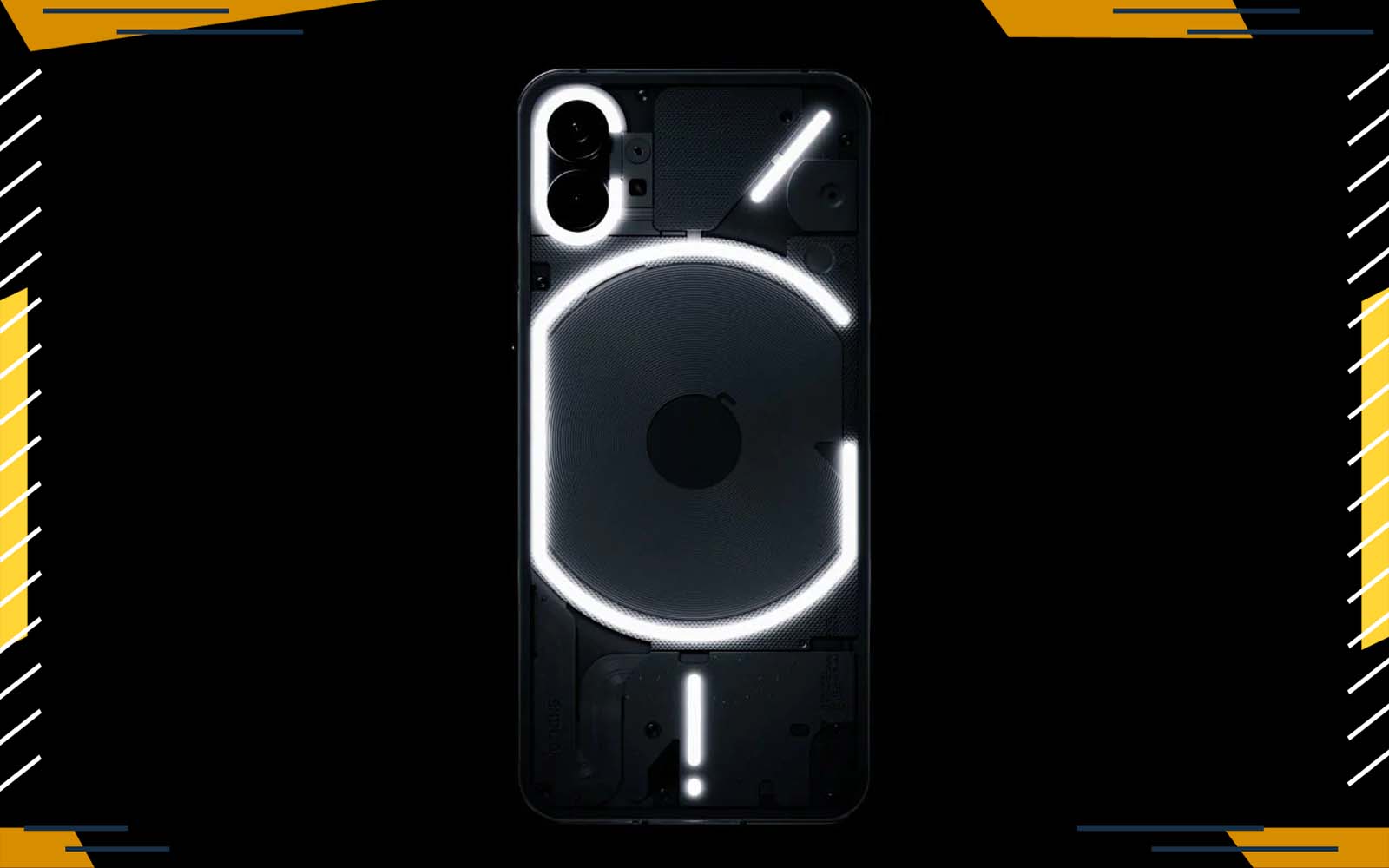 What’s So Special About this Smartphone?

First impressions do matter. That’s why you should care about the Nothing Phone because it emphasizes style and beauty above other aspects of the phone. In a market dominated by flat slates that follow the same design language, the Nothing Phone is a stylish phone that can stir attention and debate the moment it’s taken out.

Okay, I’ll admit its specs aren’t anything to brag about. Don’t believe me? Then check out the list below:

These specs won’t make anyone drool, but they don’t need to because the attention is all on the back of the Nothing Phone and its light up Glyph Interface. 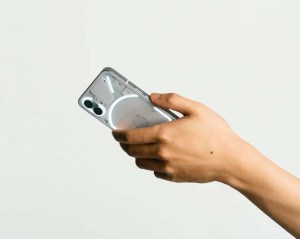 Paired with a transparent back casing that modestly flaunts some of the phone’s hardware components, the real show stealer are the LED strips that outline various parts of the phone and turn on for different functions. Whether you’re getting a text message from your best friends, or notifications from Instagram about your latest post, there will be a specific light pattern that accompanies them.

Who Is the Nothing Phone For?

Given how video sharing services like Tik-Tok have grown in popularity, it’s no surprise that the Nothing Phone (1) caters to users that love all-things video. Forget about using a ring light when you’re streaming or shooting a video because the Glymph Interface offers just enough gentle light for the occasion. 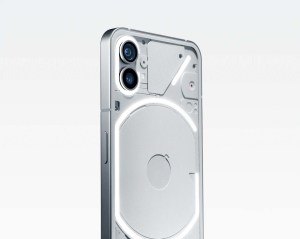 As a videographer, I can’t tell you how this helps lessen your load and setup time. You could technically achieve something similar on other phones using a light-up phone case, but they often need to be charged separately. Having these softer lights incorporated into a phone just makes it easier.

Pair the Nothing Phone (1) with a smartphone rig and perhaps a good clip-on lavalier microphone, you’ll have the perfect streaming setup for all of your videos.

Seriously, What’s With All the Lights?

Just last week, I was reminded about the LG dLite flip phone that I reviewed in 2010. What stood out most were the fancy neon lights that lit up on the edge of the phone for notifications and incoming phone calls. Without a doubt, it was one of those things that consistently attracted attention.

Back when phones had a lot of flare. I can't remember much about my review of the LG dLite, but it does remind me how badly I wanted one of those LED light up antennas and keypads for my @Nokia 5110. @LGUSAMobile @LGUS pic.twitter.com/7G8mBZQf4g

The Nothing Phone’s interpretation is different and more purposeful, but it’s proof yet again that a little bit of flare can go a long way — like the time when cell phones in the early 2000s were being tricked out with light up antennas and keypads.

Even though we have seen a degree of light customization in other recent phones, like those from Razer, Asus, Black Shark, and Red Magic to name a few, they were merely accents rather than standout design features. That’s probably why you might not have noticed them, especially when they tend to have a more aggressive, made for gamers aesthetic. 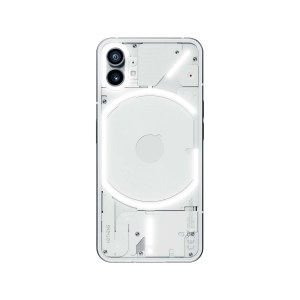 It’ll be interesting to see how the Nothing Phone (1) progresses. At the moment, it’s one of the most stylish phones released this year — and that’s despite the modest specs it’s packing. It’s been a long time since we’ve had a phone that flaunted a design that would stop people dead in their tracks to take notice. In a world where gadgets are treated as fashionable accessories like jewelry, the Nothing Phone hits all the right marks in making itself memorable.

These Are the Absolute Best Smartphones To Buy in 2022

Today24.pro
Kate Middleton will take on tennis legend Roger Federer at secret location to raise money for charity Matthew Judon Fed Up With Joint Practices? Twitter ‘Like’ Hints Feelings Behind The Scenes Of The Sandman 10 Over The Top Boss Moves We DID NOT SEE COMING