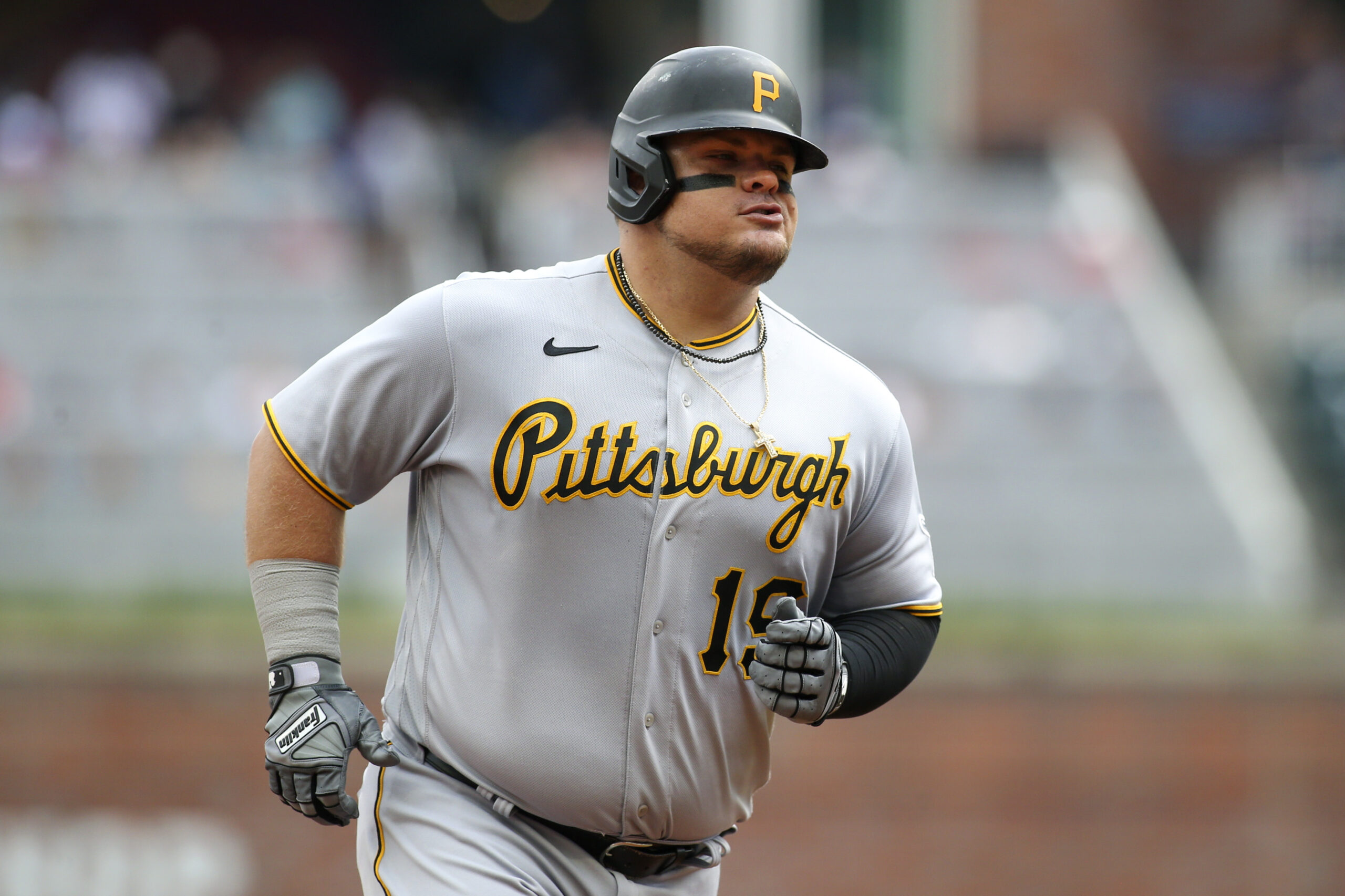 The Mets announced on Friday that they acquired infielder Daniel Vogelbach from the Pittsburgh Pirates in exchange for pitcher Colin Holderman.

The Mets certainly showed why they need Vogelbach, opening the second half with a 4-1 loss to the Padres. Max Scherzer gave a typically strong start, but the Mets struggled against Yu Darvish for the second straight time.

They’ll continue their series tonight at 7:10 p.m. ET with Chris Bassitt on the mound against Blake Snell. Vogelbach could possibly make his Mets debut.

Mark Sanchez of the New York Post talked with Mets 2022 10th-round draft pick Zebulon Vermillion on what it was like hearing his name called and discussed what it was liking working at a kids camp and having the kids cheer for him when the pick was officially made.

Per Tim Healey of Newsday Sports, after having his right shoulder and right knee checked out at the start of the All-Star break, Taijuan Walker said he will make his scheduled start on Tuesday against the Yankees.

The New York Mets announced on Friday that they have acquired infielder Daniel Vogelbach from the Pittsburgh Pirates in exchange for right-handed pitcher Colin Holderman. Holderman was 4-0, with a 2.04 ERA in 15 games pitched in for the Mets this season. He struck out 18 in 17.2 innings pitched.

According to Laura Albanese of Newsday Sports, Buck Showalter told the media that Jacob deGrom and Trevor May will both take a work day with the Mets on Sunday and that deGrom feels good after his simulation game. Tim Britton of The Athletic elaborated, saying that the plan is for deGrom to make (at least) one more rehab start before officially rejoining the team.

Per Tim Healey of Newsday Sports, Mets’ first round draft pick and the No. 14 overall pick in the 2022 MLB Draft, shortstop Jett Williams officially signed with the Mets on Friday. His signing bonus is $3.9 million and he is represented by Craig Rose of Paragon Sports. Williams spoke with the SNY and the media Friday and said he would love to meet Francisco Lindor during his first trip to Citi Field.

Tim Britton of The Athletic said that Tomas Nido left Friday night’s game against the Padres with a left hand contusion and X-Rays were negative.

According to Jackson Wang of Spectrum News 1 Albany, University of Albany shortstop Brad Malm is signing a minor league deal with the Mets.

According to Craig Mish of MLB Network, Miami Marlins’ second baseman Jazz Chisholm Jr. has a stress fracture in his back and is out for approximately six weeks.

Per Jon Heyman of the New York Post, the Washington Nationals are in agreement on a contract with outfielder David Dahl.

ESPN’s Jeff Passan reported on a story from June regarding an unfortunate burglary that Tampa Bay Rays shortstop Wander Franco was victim of. In June, Franco had more than $650,000 of jewelry stole from his car. Of that, about $550,000 has not yet been recovered.

According to Corey Brock of The Athletic, Seattle Mariners outfielder Kyle Lewis was reinstated from the injured list and Justin Upton was optioned and elected free agency.

Per Ken Rosenthal of The Athletic, the Milwaukee Brewers have signed left-handed relief pitcher Jake McGee to a major league deal. McGee was released by the San Francisco Giants on July 14th.

Brian Wright takes a look back at July22, 1986 when there was aa fight on the field in Cincinnati.

Patrick Glynn writes a first half report card evaluating the Mets’ catchers through the first half of the season.

Johnluke Chapaarro writes an MMO Trade Profile on right fielder Juan Soto who is sparking interest from numerous teams, including the Mets.

Michael Mayer talks about the Mets’ interest in Josh Bell.

Dan Quinones writes on the Mets’ front office through the first half in a Mets first half report card.

Alex Horowitz previews the Mets’ weekend series against the Padres.

Andrew Steele-Davis discusses the Mets’ acquisition of Daniel Vogelbach from the Pirates.

Today24.pro
Why didn't Jamaica join Canada? (Short Animated Documentary) Athletics give up three more homers, are swept by Giants in Bay Bridge Series How To Get Rid Herpes Virus with Autophagy Fasting? - Natural Treatment For Herpes by Dr. Berg The Shins Off-Air Performances