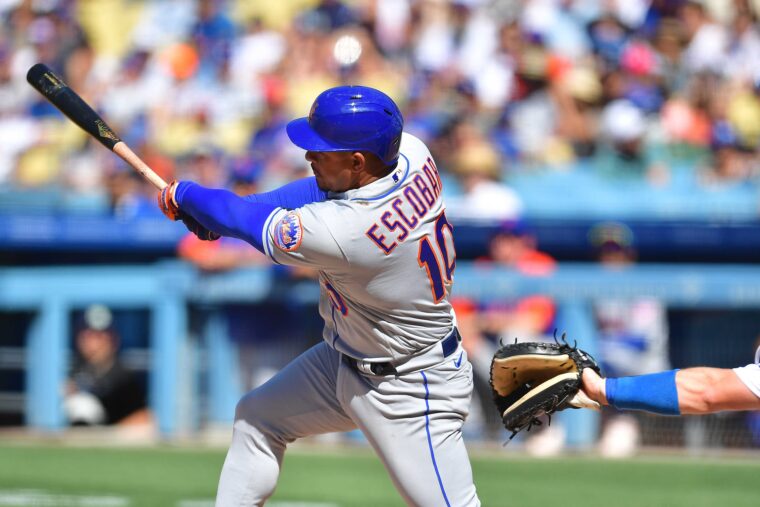 Note: All statistics cited in this article are current through the All-Star Break.

Over the past several seasons, the Mets have earned the reputation of being a below average defensive team. Indeed, while defensive metrics are notoriously fickle, the underlying numbers back up that sentiment. For example, from 2017 through 2020, the Mets ranked 29th, 26th, 26th and 25th, respectively, in Defensive Runs Saved (DRS).

DRA is a metric used to objectively assess a player’s defensive skill. The formula is a bit complex, but in a nutshell, DRS rewards fielders for turning batted balls into outs and punishes them when they cannot do so. The reward is greater for more difficult plays, as adjusted to the league average for that defensive position, while the punishment is also greater when a simpler play is not made.

Perhaps in response to their persistent defensive shortcomings as a team, the Mets opted to begin shifting much more frequently in 2021. From 2016, when MLB Statcast began tracking shift frequency, through 2020, the Mets ranked in the bottom third of the league each season in shifts per plate appearance, including 27th during the 2020 season. In 2021, they jumped all the way up to second in the league for shifting, while also moving up to ninth in DRS. It could certainly seem possible that there is a relationship between the two, though there are also other explanations for the improvement in team defense, such as the addition of Francisco Lindor at shortstop.

One unassailable fact of this change in defensive philosophy is that it comes from the front office. Despite a new manager in 2022, the Mets continue to shift aggressively, currently ranking third in all of MLB. So far during this campaign, however, the frequent shifting has not fully offset some of New York’s below average fielders. After the big leap forward last year, the Mets have regressed a bit defensively this season, and currently rank in the middle of the pack — 14th — in DRS. An important culprit in the step backwards has been the Mets lack of defensive range. When they do get to balls, the Mets are generally around average at avoiding errors, but the reaching the balls part has been an issue.

There are several different ways to measure a player’s defensive range, that is, how many nearby batted balls that a fielder can make a play on. Generally, this will correlate to a fielder’s speed, quickness and athleticism, which determines how quickly they can react and cover the necessary ground to make a play on a ball. A popular range-based fielding metric that is similar to DRS is Outs Above Average (OAA). An OAA of 0 generally correlates with average, and the Mets as a team are at just 2 OAA, ranking 18th in the league. There is of course variability across the squad. In addition to Francisco Lindor, Brandon Nimmo and Luis Guillorme also rate well above average for OAA, as evidenced many times so far this season.

Most Outs Above Average (OAA) by an infielder on plays coming in this season:

Brandon Nimmo draws another “oh wow” from Gare on this tremendous catch in center. pic.twitter.com/41A70FhNwJ

Where the Mets’ greatest defensive weakness lies is at the infield corners. Pete Alonso at first base and Eduardo Escobar at third base each check in at -5 OAA, despite a few nice plays by Escobar in a recent series versus the Cubs. Thus, shifting the infield is an important tool for attempting to limit the impact of multiple regulars with below-average range.

Nevertheless, there are innumerable situations where shifting does not make sense, and therefore a lack of range can be more easily exposed. For instance, back in May at Citi Field, the Mets and Cardinals were tied in the top of the ninth. With the go ahead run on third and two outs, Adam Ottavino induced a weak ground ball to third from Tyler O’Neill. O’Neill has one of the top sprint speeds in baseball, so Eduardo Escobar knew he had to hurry, especially given his limited range. Since it took him awhile to get to the ball, Escobar had to quickly field it and throw across the diamond, but in his haste, briefly bobbled the ball. In doing so, O’Neill beat the throw to first, and what turned out to be the winning run crossed the plate. Had Escobar been able to retrieve the weak grounder more quickly, he still might have been able to make the play to end the inning, even with the bobble, but instead, had no room for error.

With the trade deadline looming, third base is a potential spot for the Mets to seek an upgrade, thanks to Eduardo Escobar’s offensive struggles. His lacking defense, however, has probably been more detrimental to the team. New York’s other internal option at third base, J.D. Davis, has a similar profile, with underwhelming offensive numbers in 2022, and a very poor track record defensively. Thus, if the Mets wish to improve their defense at third base, they will have to look outside of the organization. Even if they do so, the Mets should still be expected to shift frequently, but improving their fielding at the hot corner should make their defense more effective overall.

How much caffeine is there in Red Bull?

Today24.pro
Why didn't Jamaica join Canada? (Short Animated Documentary) How To Get Rid Herpes Virus with Autophagy Fasting? - Natural Treatment For Herpes by Dr. Berg The Shins Off-Air Performances Athletics give up three more homers, are swept by Giants in Bay Bridge Series