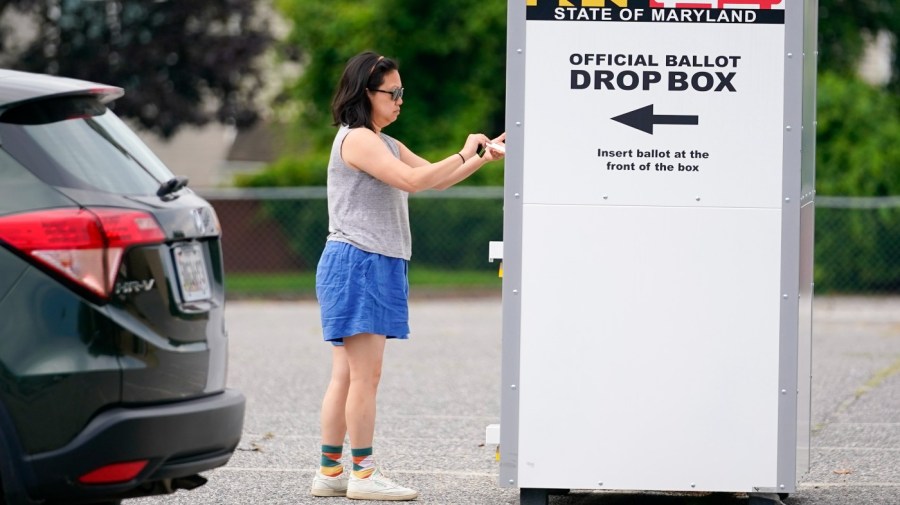 Voters cast a record number of absentee ballots in the 2020 general election in the United States. The numbers continue a demonstrated shift away from traditional voting methods over the last few decades.

In response, many jurisdictions added ballot drop boxes at which voters could submit their ballots for the 2020 general election. And they worked. After the election, research indicated that 78 percent of election clerks supported making drop boxes permanent.

Despite all this, ballot drop boxes have become controversial and states like Florida, Wisconsin and Iowa have moved to reduce their use. We need to step back from our assumptions and let science inform our decisions about how to use them to their best effect.

Both election officials and voters like drop boxes. Drop boxes have been shown to reduce the burden of voting and increase turnout in historically disenfranchised areas. Surveys suggest that the ability to use a drop box increases the confidence voters have that their vote will be counted and increases the voters’ trust in the voting process. Ballots submitted to a drop box are only handled and processed by election staff, which some voters view as more secure than submitting ballots via the U.S. Postal Service. Drop boxes are also built to be more secure than USPS mailboxes. What’s more, election staff can review ballots for errors more quickly and allow more voters to resubmit when needed, because ballots from drop boxes can be returned more quickly than non-drop box ballots.

Many states are considering laws regarding the use of drop boxes, including Wisconsin. The Wisconsin Supreme Court recently ruled they were “illegal under Wisconsin statutes,” but indicated that new legislation could open the door for future use.

Adding drop boxes comes with upfront and operational costs, which can admittedly challenge budget-constrained municipal offices. A single, secure ballot drop box with security cameras can cost up to $10,000. There are also operational costs. During every election period, a bipartisan team must collect ballots daily, which can exhaust valuable poll worker resources if a large number of drop boxes are in use. Our model selects the most cost-effective locations by considering both fixed and operational costs.

In terms of benefits, drop boxes can make voting substantially more convenient, which can drive higher levels of turnout if drop box locations are carefully selected. Flexibility in drop box locations is key to achieving their benefits. Drop boxes located at places other than county offices and polling locations are more convenient and equitable for voters, and these benefits can be achieved at no additional cost. In more densely populated areas, multiple, strategically located drop boxes are more advantageous than a single drop box at a municipal office such as a county commissioner’s office.

Our research suggests that policymakers should avoid simple “one-size-fits-all” policies for drop boxes. Unfortunately, several states have adopted such legislation. For example, Iowa limits the number of drop boxes to a single drop box that must be located at the county commissioner’s office and Florida limits drop box availability to the county’s early voting hours of operation. Such legislation comes at a cost to taxpayers without offering voters full convenience.

Drop boxes have a place in our elections. Our states are weighing legislation that will define how and when drop boxes can be used. With research backed by proven scientific methods, legislators can truly make informed decisions about drop boxes and our voting systems.