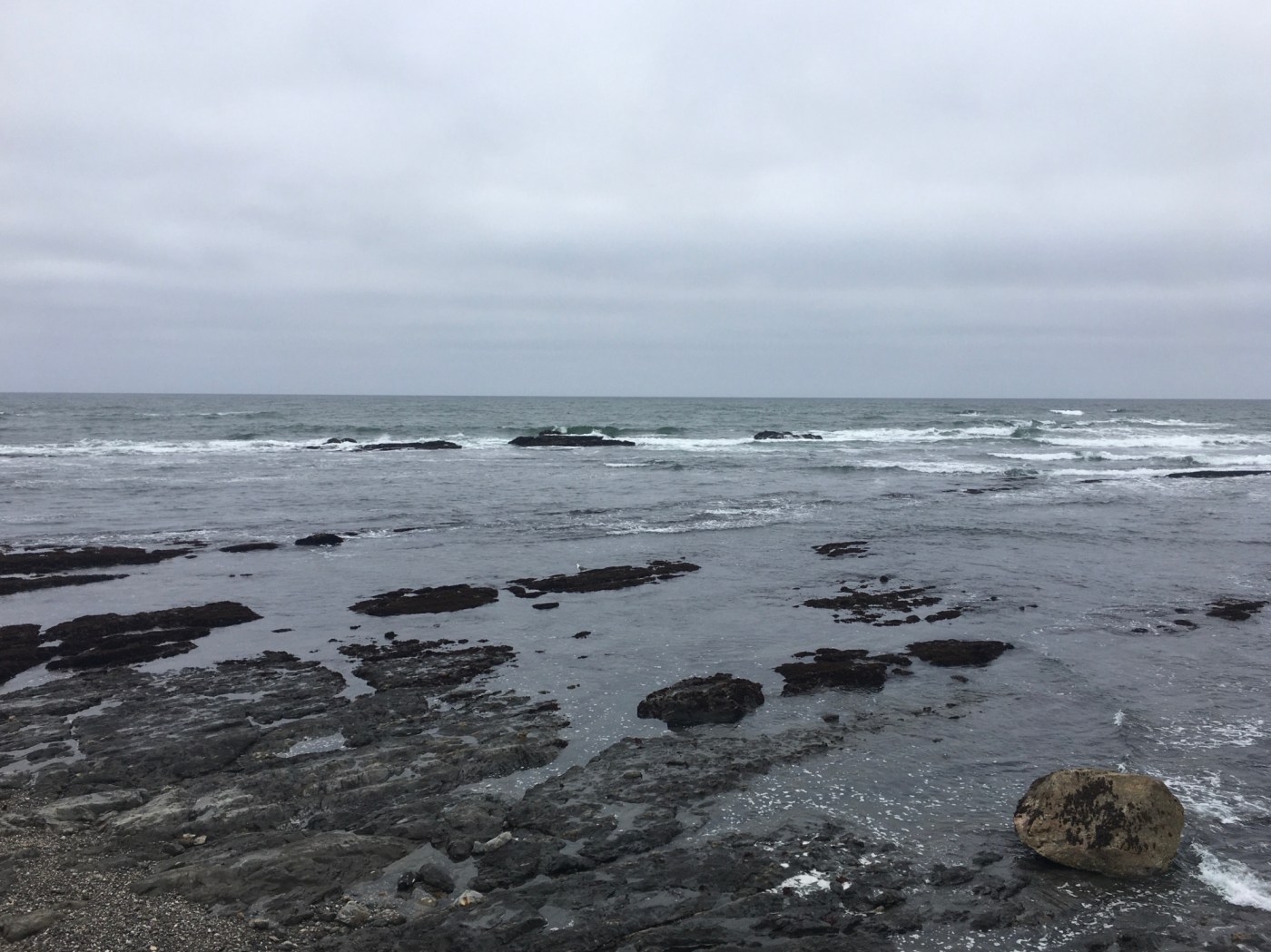 Pushing the potential Monterey Bay National Marine Sanctuary’s boundary far north enough to protect waters coveted by the oil industry between Santa Cruz and San Francisco was a priority in the late 1980s, and so was addressing possible spills from oil tankers, even before two spills hit the U.S. in 1989 and 1990.

The Coast Guard sought public input on whether offshore oil platforms should co-exist with vessel traffic lanes off California. Save Our Shores had advocated for mandatory lanes, as well as better spill preparedness and among those speaking at a hearing in San Francisco were Santa Cruz City Councilman John Laird and Monterey County Supervisor Karin Strasser-Kauffmann.  In the end, advisory lanes were established 50 miles offshore alongside spill preparedness measures, including response equipment at Moss Landing Power Plant, which PG&E still owned, though it stopped using oil in favor of natural gas it receives from inland pipelines.

State and federal laws approved in the wake of the 1989 Exxon Valdez spill in Prince William Sound, Alaska, and the 1990 American Trader spill off Huntington Beach, provided tools to prevent, and respond to, future disasters. Equally powerful were the televised images from those spills, which fueled public concern.

Intertidal invertebrates and Presidential election support for the largest boundary alternative for the Monterey Bay National Marine Sanctuary grew and was bi-partisan. A letter promoting it was sent to the administration of President George H.W. Bush by Congressmen Leon Panetta and Tom Campbell, a Republican from Silicon Valley, plus State Senators, Republican John Seymour and Democrat Alan Cranston. Republican Gov. Pete Wilson was also a supporter. But approval of this larger area was contingent on documented evidence that it contained a continuous, diverse ecosystem. A case was made using profiles of the region’s biology produced by a consortium of six Central Coast counties, coordinated by Marin County planner Warner Chabot. Its board had one representative from each county, including Monterey County Supervisor Marc Del Piero and Santa Cruz County Supervisor Gary Patton. Its work was supported by offshore drilling revenues distributed to counties to mitigate its impact.

Chabot built a map of the region’s biology to gauge what would be harmed by offshore oil development. It supplemented biotic inventories kept by resource managers. It also boosted the case for stretching the sanctuary’s boundary north from Santa Cruz to the southern boundary of the Gulf of the Farallones (re-named Greater Farallones in 2014) National Marine Sanctuary. A key argument involved the Fitzgerald Marine Reserve in Moss Beach, north of Half Moon Bay. It is one of the most biologically diverse intertidal regions in California, said to be equal to Point Lobos in its complexity, and known for its diverse population of invertebrates.

Bob Breen, Fitzgerald’s naturalist, and ranger from 1969 to 2004 told me this for my Santa Cruz Sentinel “Our Ocean Backyard” column in 2010: “Moss Beach is the last large and complex rocky intertidal below the Golden Gate and has a number of attributes. These were the presence of six endemic species and 25 species new to science discovered here. Over 50 species have their range limits at Fitzgerald. This of course has changed because of ocean warming, which has seen the migration of southern species into Moss Beach and the movement of species that formerly had their northern range limit here to move farther north.” Breen died in 2013, leaving a legacy of stewardship.

Public hearings on the proposed sanctuary were held in Monterey, Half Moon Bay, Sacramento and Santa Cruz. The Center for Marine Conservation had funded, and the Environmental Working Group designed and mailed, an “action alert” to thousands of people to engage them in the hearings and written input on the plan, in the pre-internet age. Nearly all supported the largest boundary and, as Coastal Commission manager Les Strnad said in his testimony, “Public opinion drives public policy.”

John Von Reis and Karl Kempton, representing San Luis Obispo County, proposed extending the boundary south to cover their waters to Point Sal, just below the Santa Barbara County line. Although area Congressman Bill Thomas didn’t support that proposal and it didn’t succeed, today there is a more inclusive proposal in the form of Chumash Heritage National Marine Sanctuary, with a better chance at designation. The planned 1990 designation of Monterey Bay National Marine Sanctuary was delayed, the first Gulf War heightened concern about the U.S. oil supply — including the potential off California’s coast — and there were only two NOAA staff, Mark Murray-Brown and Ralph Lopez, working on this massive project, with little help. Dr. Jim Rote, an associate of State Assemblyman Sam Farr, described piles of letters, applications and proposed rule changes stacked high in in-boxes in NOAA’s Washington, D.C. headquarters, indicating a crushing backlog.

An oil man defies his industry

After he was inaugurated in 1989, President George H.W. Bush — who had been in the Texas oil business — appointed a task force to study the offshore oil issue. Running for re-election in 1992, polls of California voters showed that Bush was behind his opponent, Bill Clinton. He needed the state to win re-election and to do that, political consultant Stuart Spencer, a veteran of Ronald Reagan’s campaigns for governor and president, proposed that Bush tap into concern for coastal protection. Republican Congressman Campbell also made calls to convince the secretary of commerce to open the discussion to include a larger sanctuary boundary.

In June 1992 the White House announced a 10-year moratorium on offshore oil in California and authorized implementation of the largest boundary for Monterey Bay Sanctuary.  But the final map of the sanctuary presented some problems, and it nearly didn’t happen, as I’ll explain in my next and last installment.

Dan Haifley currently serves on the Monterey Bay National Marine Sanctuary Foundation board. He was director of Save Our Shores from 1986-1993, and O’Neill Sea Odyssey from 1999-2019. He can be reached at dan.haifley@gmail.com. For more on the sanctuary’s 30th anniversary, go to montereybayfoundation.org.