EASTENDERS newcomer Bobby Brazier is suited and booted as he makes his debut on Albert Square as a teenage Freddie Slater.

Bobby, 19, the eldest son of Jade Goody and Jeff Brazier, attended an on-set wedding alongside cast including Perry Fenwick for the scenes, which will air in autumn.

Our exclusive pictures come after it was revealed this week that Bobby had joined the hit BBC soap as “chaotic but sensitive” Freddie.

His character, the son of Little Mo Slater (Kacey Ainsworth), was last seen on screen in 2006.

And following the announcement, Bobby said: “I’m really excited to be joining the cast of EastEnders – so far it’s been perfect. 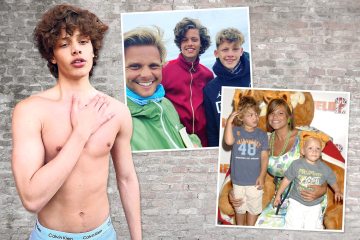 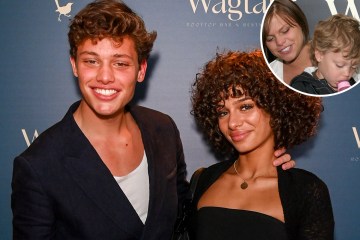 “Stepping into the acting world has always been a vision of mine and doing that with EastEnders as a Slater is a blessing, I’m very grateful.

“Loving every minute of Freddie so far and can’t wait to see what’s in store for him in Walford.”

Today24.pro
Kate Middleton will take on tennis legend Roger Federer at secret location to raise money for charity How Charlize Theron and KiKi Layne Spar in The Old Guard Anatomy of a Scene Rotec team signs up to Santa Abseil challenge in support of St Margaret’s Hospice Care 10 Over The Top Boss Moves We DID NOT SEE COMING