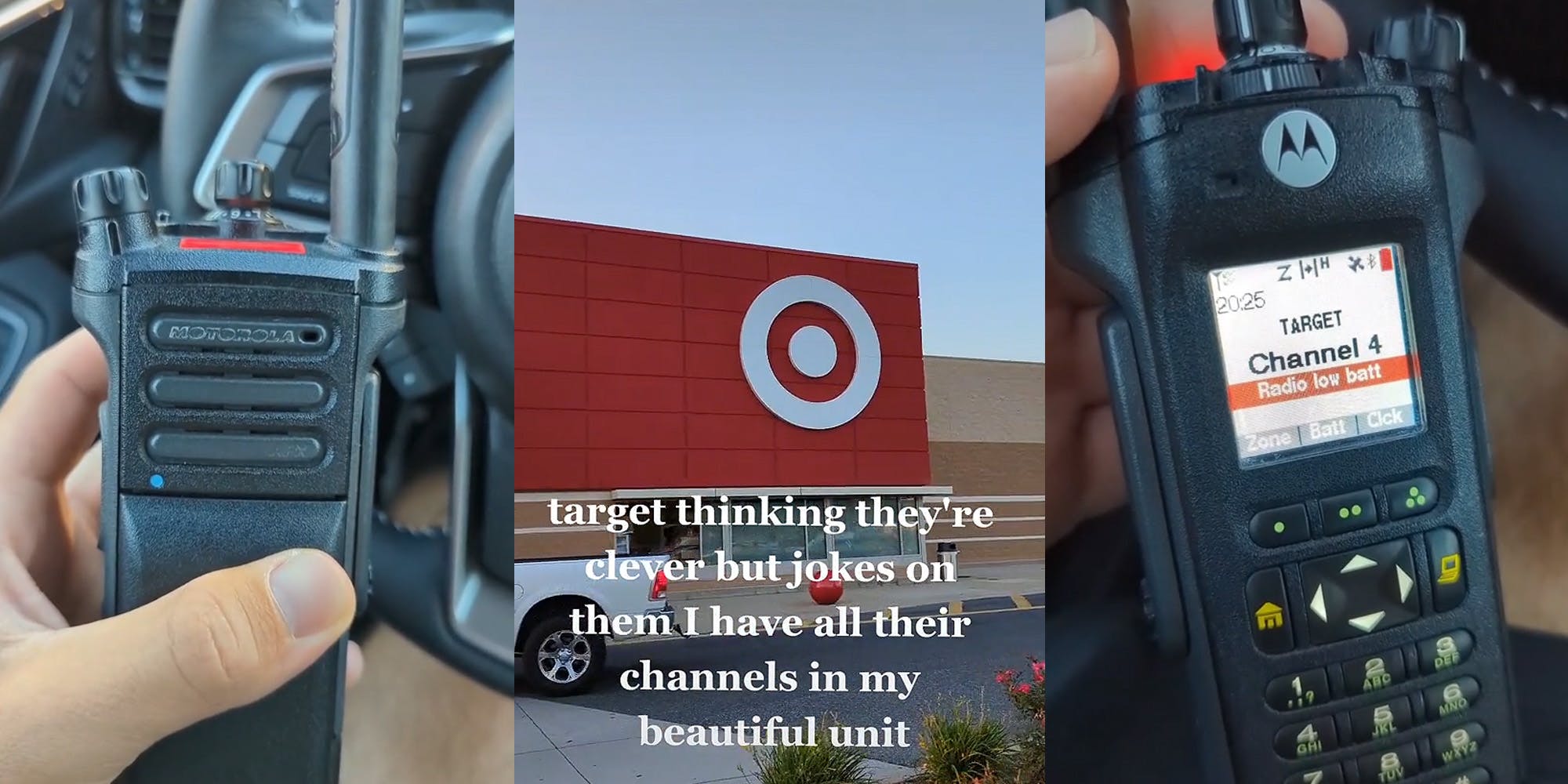 A man went viral on TikTok for revealing how he listens to Target employees’ conversations on a Motorola radio.

The video starts off with the overlay reading, “target thinking they’re clever but jokes on them I have all their channels in my beautiful unit.”

User @mister_twister_55 plays different conversations by accessing the channel Target uses for internal communications on his Motorola radio. The conversation the TikToker shares in the video is about how to help a customer who is asking for a particular item.

true they don't "go to channel 4" to keep their transmissions off TikTok but the number of channels in their target radios is ridiculous. no my battery is fine

The video has been viewed over 89,000 times since July 20. A debate sparked in the comments since many people did not understand why the TikToker would want to eavesdrop on Target workers’ conversations.

“Soooo y’all just sit around and listen to Target employees trying to work on the radio,” one person asked.

“If you don’t talk back what’s the point?" asked a second. 'It’s sad really to just listen to other people work.”

“Why though?” a third questioned.

“What’s the point though…” a fourth asked.

Others shared their experiences of listening in on other people’s conversations with personal or company devices.

“When I bought my first non-trunked scanner years ago, I thought listening to stores was fun. Now, not so much,” one user shared.

“I worked in a Starbucks in target and would always grab a walkie so we could listen in to any drama,” a second stated.

Some commenters were curious about how they could listen in, prompting @mister_twister_55 to post a follow-up video with the channels Target uses.

The Daily Dot reached out to @mister_twister_55 via TikTok comment. They did not immediately respond to the request for comment.

The post ‘Target thinking they’re clever but jokes on them…’: TikToker goes viral for listening to Target employees’ conversations with Motorola radio appeared first on The Daily Dot.

Coinbase Upbeat Despite $1.1B Loss, as Shares Sink 10%