THERE’S nothing more annoying than going to make a sandwich and finding that your bread has gone mouldy.

But now, thanks to consumer expert Tom Church, there’s a cheap hack to avoid this happening to you.

And no, it’s not putting your bread in the freezer.

Speaking to the Mirror, Tom, who is the co-founder of money-saving community LatestDeals.co.uk, says that storing your bread with a stick of celery can prevent it from going off.

“If you’ve ever opened your loaf of bread to make a sandwich, only to discover that it’s gone mouldy, consider placing a stick of celery into the bread bag,” Tom suggests.

“It may sound odd, but the bread will absorb the moisture provided by the celery and, in turn, remain fresh. 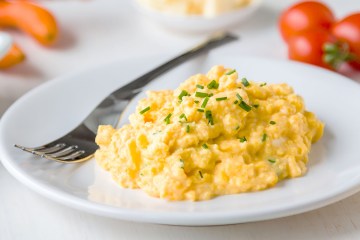 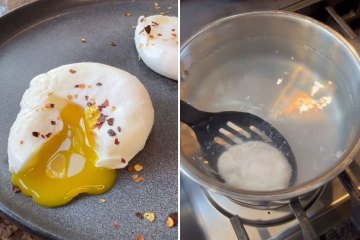 “Your loaf won’t become dry and mouldy at the same rate, so your chances of getting a sandwich together will increase.”

With a bunch of celery costing around 40-50p, and with six to eight sticks in a bunch, you’re looking at around 6p a stick.

And if you already purchase celery in your weekly shop then you won’t even be spending any extra money.

Following Tom’s tip you may end the week with less food waste and won’t have to make an extra trip back to the supermarket for more bread.

Talking about the amount of money saved by this, Tom adds: “”If you buy bread such as the £1.20 Hovis Soft White Medium weekly and only buy half as much due to this hack, you’d be saving just over £31 a year.”

Another top tip he shares is washing strawberries with vinegar, which can make them last for up to two weeks.

Just wash them with one cup of white vinegar to three or four cups of water.

“Dry them thoroughly and place them in a container with paper towels,” Tom explains.

Where to find Barcelona vs. Rayo Vallecano on US TV