LITTLE People, Big World’s Matt Roloff and his girlfriend Caryn Chandler have been ripped by fans for “talking horribly” of Amy after the fans have threatened to boycott the TLC show.

The Little People, Big World star shared a snapshot with his girlfriend Caryn, Amy, and her new husband, Chris Marek, 59.

Matt argued that “negative people” should “please go away gracefully.”

He continued: “You don’t possess adequate discernment to speak your inadequate mumble jumbo.”

The TLC star seemed to have dissed Amy and mocked his former partner’s age as he said he would respond to “fools for fun if you are over 55 and mature to qualify.” 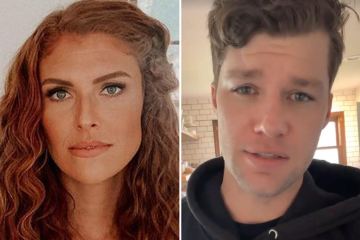 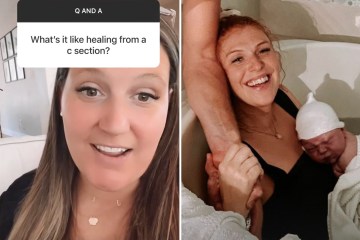 LPBW fans jumped to an online thread and slammed the TV couple for “making nonstop digs at Amy.”

One fan mentioned: “They are obsessed with her. And whenever Amy goes on a trip, Matt will never stop talking about how she went on vacation.”

Another fan stated: “They are both awful. Matt has been controlling and narcissistic from the beginning.

A third fan mentioned: “The fact that Caryn speaks down to AND about Amy really just adds more proof to the rumor that she’s a heartless witch.”

A fourth person wrote: “Caryn is clearly jealous of Amy. They continue to talk horribly about her and Caryn continues to make her passive-aggressive comments.”

A commentator chimed in: “Amy is a saint. As far as I’m concerned, she has been put through hell.”

Matt’s decision to sell Roloff Farms to an outside party rather than strike a deal with his kids has been a source of friction.

He put about 16 acres of the property for sale for a whopping $4million back in May.

During her confessional, Amy explained that she “does not see any type of ownership on Matt’s part.”

After Matt clashed with Amy over the sale, viewers jumped online and shared their frustrations with the patriarch and his girlfriend.

LPBW fans vowed to boycott the reality show if Matt and his girlfriend were not fired.

One angry viewer tweeted: “I can’t stand Matt and Caryn. I am done with this show.

“They need to go. The kids worked for years on the farm.

Another upset fan stated: “Amy sold cheap so the kids could afford one day. Years talking about family legacy and it was all lies.”

A third fan added: “Greed is the root of all evil! His girlfriend will probably laugh all way to the bank.”

A fourth person posted: “Sadly cannot watch anymore with Matt on the show. Or his side chick. She’s irritating.”

Amy Roloff has moved on and married Chris Marek[/caption] The sale of Roloff Farms has been a source of tension between Amy and Matt[/caption] Fans have accused Matt and Caryn of making ‘digs at Amy.’[/caption]

The 18 highest-paid NBA players of all time

Today24.pro
How Charlize Theron and KiKi Layne Spar in The Old Guard Anatomy of a Scene Matthew Judon Fed Up With Joint Practices? Twitter ‘Like’ Hints Feelings Behind The Scenes Of The Sandman Kate Middleton will take on tennis legend Roger Federer at secret location to raise money for charity