COMEDIENNE, Ruth Buzzi, is known for her role in the 60s show, Rowan & Martin’s Laugh-In.

At 86 years old the retired actress has been left ‘incapacitated’ after suffering a series of strokes.

Who is Laugh-In star Ruth Buzzi?

She is an American actress, comedienne, and singer best known for her performances on the comedy-variety show, Rowan & Martin’s Laugh-In, from 1968 to 1973.

The Laugh-In star won a Golden Globe Award and received five Emmy nominations for her work.

Her first national recognition, however, came in 1964 on the TV show, The Garry Moore Show. 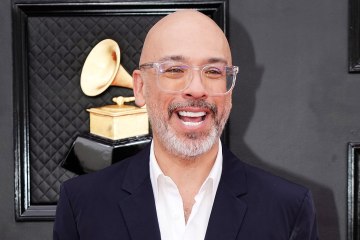 In 1967, she appeared in all eight episodes of The Steve Allen Comedy Hour, starring Steve Allen.

She co-starred in the Canadian kid’s comedy show You Can’t Do That on Television, in 1979.

Buzzi guest starred in many television series, including:

She has also guest voiced for films, including Pound Puppies, The Smurfs, The Angry Beavers, and Mo Willems’ Sheep in the Big City.

In 1993, Buzzi joined the cast of Sesame Street as Suzie Kabloozie until 2006 and voiced Mama Bear on The Berenstain Bears.

She has been featured in NBC’s daytime soap opera, Passions, and the children’s TV series, Come on Over.

Buzzi was the first of only a few white women to ever win an NAACP Image Award.

She officially announced her retirement from acting in 2021.

Her net worth is estimated to be $20million, according to Celebrity Net Worth.

Buzzi has been married to her husband, Kent Perkins since 1978.

After 43 years of marriage, the pair do not share any children together.

Perkins is also an actor himself, known for the following films:

Why is Ruth Buzzi bedridden?

According to a Facebook post by her husband on July 19, 2022, the comedienne has been “bedridden and incapacitated” after suffering a series of strokes.

He shared a photo Buzzi from her birthday last year and wrote:

“She wants you to know she is not in pain and is aware you are sending your best wishes her way as she battles the results of devastating strokes that have left her bedridden and incapacitated.

“She can still speak and understand, she still recognizes all her friends and loved ones. I am reading to her your wonderful comments and she smiles.”

After calling her his “best friend” and the greatest person he’s ever met, he added: “Her love for others knows no bounds, and she has spent a lifetime making people smile.”

“She is dealing with this situation bravely, and still with humor, believe it or not… and with the love of God in her heart and soul, she thanks you for being her friend. And for the love you’ve shown her continuously for the past six decades or more…

“Whatever happens, please know you have always been loved right back in return.”

Today24.pro
Matthew Judon Fed Up With Joint Practices? Twitter ‘Like’ Hints Feelings How Charlize Theron and KiKi Layne Spar in The Old Guard Anatomy of a Scene Kate Middleton will take on tennis legend Roger Federer at secret location to raise money for charity Behind The Scenes Of The Sandman