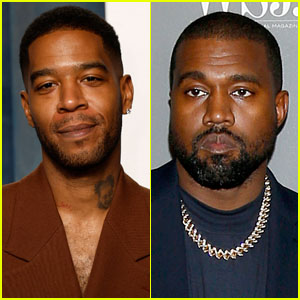 This year’s Rolling Loud festival was quite eventful.

TMZ writes that Kid Cudi – who was a replacement for Kanye West – stormed off the stage during his headlining set after being hit numerous times by objects thrown by the crowd.

The outlet says Cudi stopped his show after being hit in the face by a water bottle. He warned the crowd not to continue throwing things before ultimately leaving the stage.

Shortly after, another bottle was thrown and Cudi walked off.

Around the same time, Lil Durk was performing on a separate stage when Kanye West made a surprise cameo. The rapper performed his 2016 track “Father Stretch My Hands, Pt. 1.”

His appearance is especially surprising considering it was announced earlier this week that he had dropped out of his headlining slot at the festival. Kid Cudi – who he had publicly feuded with earlier in the year – stepped in as a replacement.

Serena Williams RETIRES from tennis, ‘I’m turning 41 and something’s got to give’