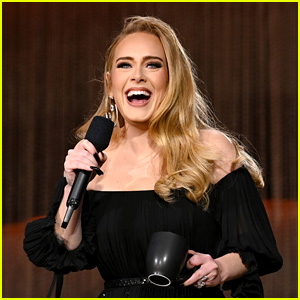 Adele seems to be launching her Las Vegas residency at the end of the year!

The Grammy-winning singer was supposed to begin her Weekends with Adele residency back in January 2022, but she canceled the entire run at the last minute when she felt the show wasn’t ready.

There have been rumors that Adele was going to take the residency from the Colosseum at Caesars Palace and move it to another venue, but that doesn’t seem to be happening.

The new dates were seemingly leaked online when fans realized they were assigned tickets for new shows.

TikTok user @kelly.s27 posted a video showing how she was assigned tickets to Adele‘s new date at the Colosseum on Saturday, November 19. She originally had tickets for the second night of the residency, which means the residency is probably going to begin on November 18.

The Las Vegas Review-Journal has confirmed that Adele‘s new residency will begin on November 18 and run through February 24, with a holiday break planned between Christmas and January 20.

“Also, expect several additional performances to be added to the original set of 24. Those shows would need to be onsale through in August,” the outlet reported.

Check out the set list for Adele‘s recent concerts in London!

Today24.pro
The Shins Off-Air Performances 3 Marinades to try THIS week QUICK + EASY recipe How To Get Rid Herpes Virus with Autophagy Fasting? - Natural Treatment For Herpes by Dr. Berg Athletics give up three more homers, are swept by Giants in Bay Bridge Series