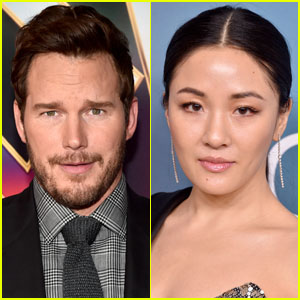 Constance Wu is opening up about motherhood.

During an interview with THR at the premiere of The Terminal List, the 40-year-old actress discussed returning to work after the birth of her daughter, adding that she got some support from her co-star Chris Pratt.

“My first day on set was hard,” Constance said. The Crazy Rich Asians star welcomed a daughter with musician Ryan Kattner in August 2020. “I missed my baby. It was the hardest day to stay at work because it was so emotional, something so many moms go through on their first day back at work.”

Luckily, she was able to commiserate with Chris, who was going through something similar. “He has another newborn now, but around the same time back then, Katherine [Schwarzenegger] and I had our babies around the same time. Talk about someone who really understood what I was going through — Chris was so supportive and kind and caring on set. I’m really fortunate to have had him as my partner,” she shared.

Constance went on to say that motherhood has impacted ever aspect of her life, including the choices she makes in her career, and has allowed her to fully embrace herself.

“I actually feel like I’m more myself than I’ve ever been because [motherhood] really makes you enjoy the present moment rather than always hustling to be someone or get somewhere or do something,” she said. “You get to enjoy your daughter trying a strawberry for the first time and truly it’s beautiful.”

Her comments come a few days after she returned to social media following a three year hiatus, revealing that she had attempted suicide after facing backlash for comments she made about her TV series Fresh Off the Boat.

What could the Inflation Reduction Act mean for you?