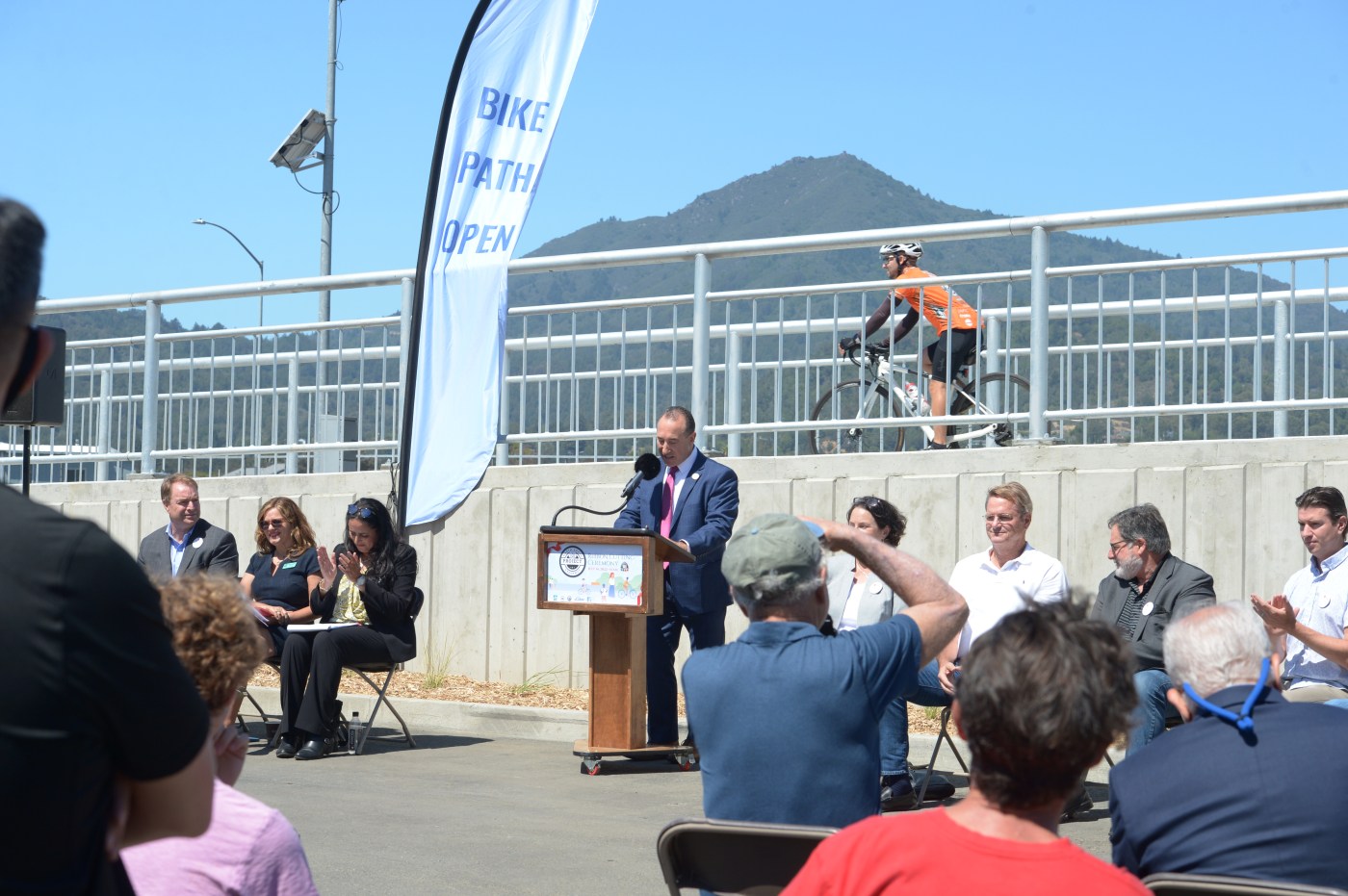 The Highway 101-Sir Francis Drake Boulevard interchange has long been a local challenge.

Proposals to essentially replace it have been floated and have foundered due to political opposition.

While the connection can be challenging for motorists, it’s even worse for those trying to navigate on a bike. Improvements have been slow in coming, but there has been progress, fulfilling the county’s goal of meeting the needs of people, not just those steering cars, but also those who are walking or pedaling a bike.

That’s why the completion of a 12-foot-wide path over Corte Madera Creek to Drake is worth celebrating. It’s progress, the fulfillment of a longstanding community goal of making it easier and safer to get around the county on foot or by bike.

The connection is also part of the envisioned North-South Greenway, advanced by biking advocates as a safe route paralleling Highway 101. It’s made slow progress, as links have been built and connections made.

The goal is to encourage and increase that number by making it easier and safer to get up and down the 101 corridor on bike and on foot.

Importantly, the new crossing makes it easier for non-car access to the Larkspur ferry or the Sonoma-Marin Area Rail Transit train stop.

Other links – and there are more than a few – are in the works, either awaiting funding or approval of the plans. Some are controversial, such as the best route for getting between Mill Valley and Corte Madera.

What’s important is that progress is being made through advocacy and collaboration among multiple agencies.

Local and state officials shouldn’t give up on coming up with a plan to reconfigure the freeway interchange. But that quandary also shouldn’t stand in the way of making other safety and operational improvements that are obvious and need to be addressed.

The new connector removes functional and safety obstacles that have needed to be resolved for many years. It should help open opportunities to get around the county without a car easier and more inviting.