ARCHIE Battersbee’s mum has said how she held her son’s hand and told him he had more time after they were allowed to challenge a court ruling.

Hollie Dance’s son, 12, has been at the centre of a High Court dispute after suffering brain damage earlier this year.

The mum, 46, found her beloved son with a ligature over his head on April 7 this year.

She believes he might have been taking part in an online challenge, which sees young people asphyxiate themselves to the point of passing out for social media videos.

Doctors at The Royal London Hospital believe Archie is “highly likely” to be brain dead and want to turn off his life support system.

After a court battle, Mrs Justice Arbuthnot, sitting at the Family Division of the High Court in London, said earlier this month that Archie should be disconnected from his ventilator. 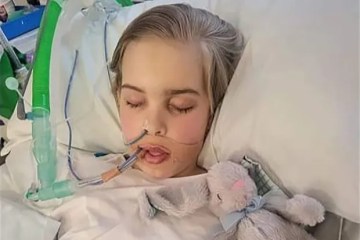 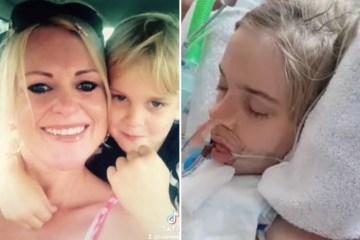 Hollie and Paul Pattersbee, 56, have now been given some hope after they were allowed to take their fight to the Court of Appeal.

Hollie, a former fitness instructor, told The Mirror: “I’m so relieved that someone is giving him a chance. That’s all we ever wanted, more time to heal. I’m so emotional.

“I watched it from Archie’s bedside – I made sure he couldn’t hear or see it but I was with him through it.

“When it finished I held his hand and told him he had been given more time.

“I can’t stress this enough, if a parent doesn’t want to hold on to hope or they believe it’s not in their child’s best interest, that’s absolutely fine.

“But I won’t give up hope and it should be a parent’s decision.”

It comes after mum Hollie claimed Archie has squeezed her hand from his bed at the Royal London Hospital.

He was rushed to hospital after being discovered by Hollie in his bedroom at the family home, in Southend, Essex.

She believes he was taking part in an online “blackout challenge” when he accidentally starved his brain of oxygen.

The cause of the horror is still under investigation but Hollie says her son was not trying to take his own life.

Yesterday Mrs Justice Arbuthnot said there was a “compelling reason” why appeal judges should consider the case.

Edward Devereux QC, the barrister leading the legal team for Archie’s parents, argued the evidence had not shown “beyond reasonable doubt” that the youngster was dead.

He had outlined nine grounds of appeal, but eight of those were dismissed for having “no merit”.

But Mr Devereux said the decision had been made on a balance of probabilities that Archie was dead.

He argued a decision of such “gravity” should have been made on a “beyond reasonable doubt” basis.

Mrs Justice Arbuthnot stated Court of Appeal judges had never considered that standard of proof issue in relation to “declaration of death” cases.

Andrea Williams, chief executive of the Christian Legal Centre which is supporting Archie’s family, said: “A ruling that says death can be declared on the balance of probabilities sets a troubling precedent for our society and must be appealed.

“This case is the first of its kind in an English court and has raised significant moral, legal and medical questions as to when a person is dead.

“Archie’s parents believe that the time and manner of his death should be determined by God and claim a right to pray for a miracle until and unless that happens. That belief must be respected.

“The ideology of ‘dignity in death’, meaning a planned time of death as fixed and carried out by the doctors, should not be brutally imposed on families who do not believe in it.

“We will continue to stand with the family as they appeal the ruling and continue to pray for a miracle.”

Today24.pro
McGregor vs. Masvidal chances heating up SANDCAST: Deahna Kraft only knows one speed, ‘All in, or nothing at all’ Canadian Wood Council mass timber fire test performed as expected Europe dominate World swimming and diving podiums