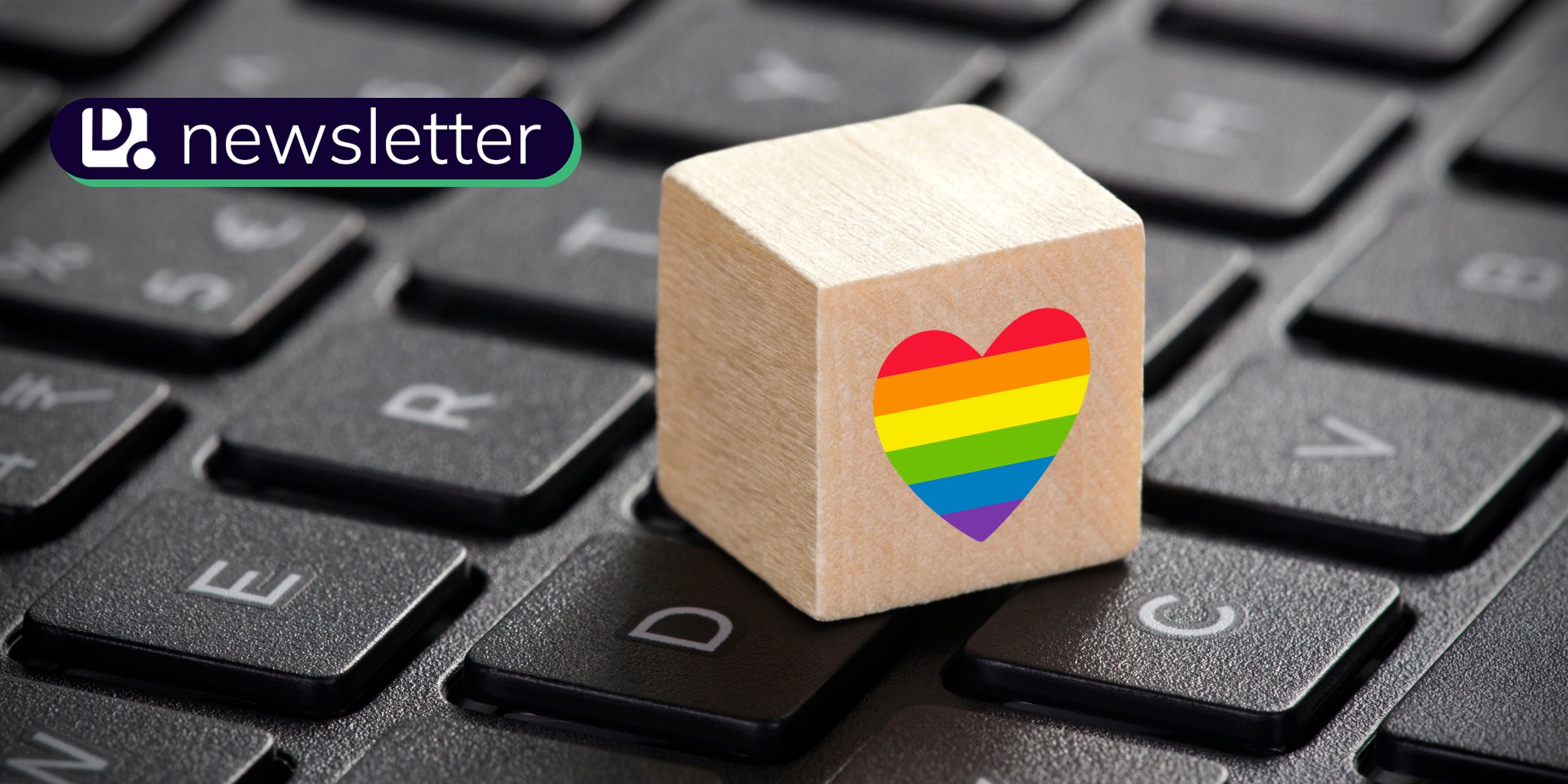 Sign up to receive Internet Insider, a daily newsletter from the Daily Dot, in your inbox.

We've got something special for you today! Our IRL Editor Kris Seavers, IRL Reporter Tricia Crimmins and Contributing Reporter V.S. Wells put together an awesome package of stories to highlight Pride Month. The package is called "The Internet Made Me Queer," and the stories explore the ways LGBTQ folks connect online. I thought you'd like to read them.

Check them out below!

BIG TECH: A polyamory organization is urging Facebook to expand the options users have to share their relationship status on their profiles. The ability to mark your relationship status as “in an open relationship” is seen as “limited recognition of non-monogamous relationships,” the Organization for Polyamory and Ethical Non-Monogamy (OPEN) wrote to the tech giant. Our IRL Reporter Tricia dives into the letter in her full report, which you can read here.

‘BIG YIKES’: While the verdict for the Depp vs. Heard trial was handed down weeks ago, that hasn’t stopped Twitter entrepreneurs and LinkedIn influencers from using the trial’s salacious nature and virality to get eyes on their posts. One LinkedIn user created a fake “final trial convo” as an advertisement for themselves. The post was criticized for trivializing domestic violence, with one critic tweeting: “big yikes.”

REVIEW: Our Culture Reporter Michelle reviewed Vengeance, the directorial debut from B.J. Novak about a journalist starting a true-crime podcast about an old hookup whose funeral he’s invited to after her family shares their belief that her accidental death was actually a murder. Michelle says the film is a “solid feature directorial debut” for Novak, while also wanting to be a depiction of the true-crime genre and meta-commentary on it.

The internet has always been a safe haven for members of the LGBTQ community: a place to explore sexuality and identity, share struggles, and find like-minded people—without the social pressure or fear of violence that might be faced IRL.

In these stories, the Daily Dot explores the ways LGBTQ folks connect virtually, like the former the Sims 2 Boolprop forum where queer super-fans found each other online. Since the dawn of the internet, young people have been using gaming sites, from Club Penguin to Roblox, to explore their identities. The viral Lesbian Masterdoc, meanwhile, is an extension of late-night Google searches and “Am I gay?” quizzes.

The road to identity, self-expression, and community is winding and sometimes dark—and these internet beacons help guide the way.

Is the viral Lesbian Masterdoc transphobic?

The lesbian manifesto has a complicated relationship with identity.

From Club Penguin to Roblox, LGBTQ youth have always flocked to gaming websites

In 2005, I walked out into the middle of the town square and shouted 'I’M BISEXUAL.'

'In The Sims it was normal and safe to be a gay person.'

Like what you are reading? Sign up to receive Internet Insider, a daily newsletter from the Daily Dot, in your inbox each morning.

Stream a mountain of Pride for free

Paramount+ is celebrating Pride Month by spotlighting its amazing LGBTQIA+ talent with a special collection featuring RuPaul's Drag Race All-Stars, iCarly, Star Trek: Discovery, Scream, and more. From exclusive shows and movies to moments the world can’t stop watching, you can watch it all right on Paramount+. Sign up today for the 30-day free trial!

Here are some key dispatches from across the 'net.

📮 A mailman shared how he stays cool while working in Arizona in a viral video, sparking commentary from viewers on the lack of air conditioning in mail trucks.

🍞 A TikToker who claims to be a former Panera Bread worker is airing out her grievances about the location she used to work at, inspiring many other former alleged employees to back up or refute her claims.

💼 In a now-viral video, a former CVS employee sparked a discussion about workplace harassment after detailing how her ex-coworker sent her a letter using the address off her resume after she blocked his number for harassing her.

👀 In a series of viral videos, a TikToker shared all of the celebrity men who she says have rejected her on the exclusive dating app Raya.

🥝 YouTube demonetized the Act Man for a satirical doxing tweet, sparking debate over its enforcement of community guidelines. Sign up for Passionfruit, the Daily Dot's weekly creator economy newsletter, for more coverage.

📱 People online are loving how actor Mahershala Ali made appearances on his personal assistant’s TikTok.

🍲 Master the art of cooking for one with these kitchen hacks for single living. *

🤣 A video of a woman waiting behind parked cars while thinking she was in the Starbucks drive-thru line has prompted others to share their own funny fails.

⚰️ In “Death on the Internet,” the Daily Dot explores how the digital self can live on in the internet’s memory—even after the actual self has abandoned it.

*The Daily Dot may receive a commission in connection with purchases of products or services featured here.

Gas prices are hitting record highs, so it shouldn’t come as a shock that a video has gone viral showing the chaos that ensued at a California gas station that had a “glitch” that caused the prices to drop to just 59 cents.

The post Newsletter: The internet made me queer appeared first on The Daily Dot.

Comparing the reliability of different ICA algorithms for fMRI analysis