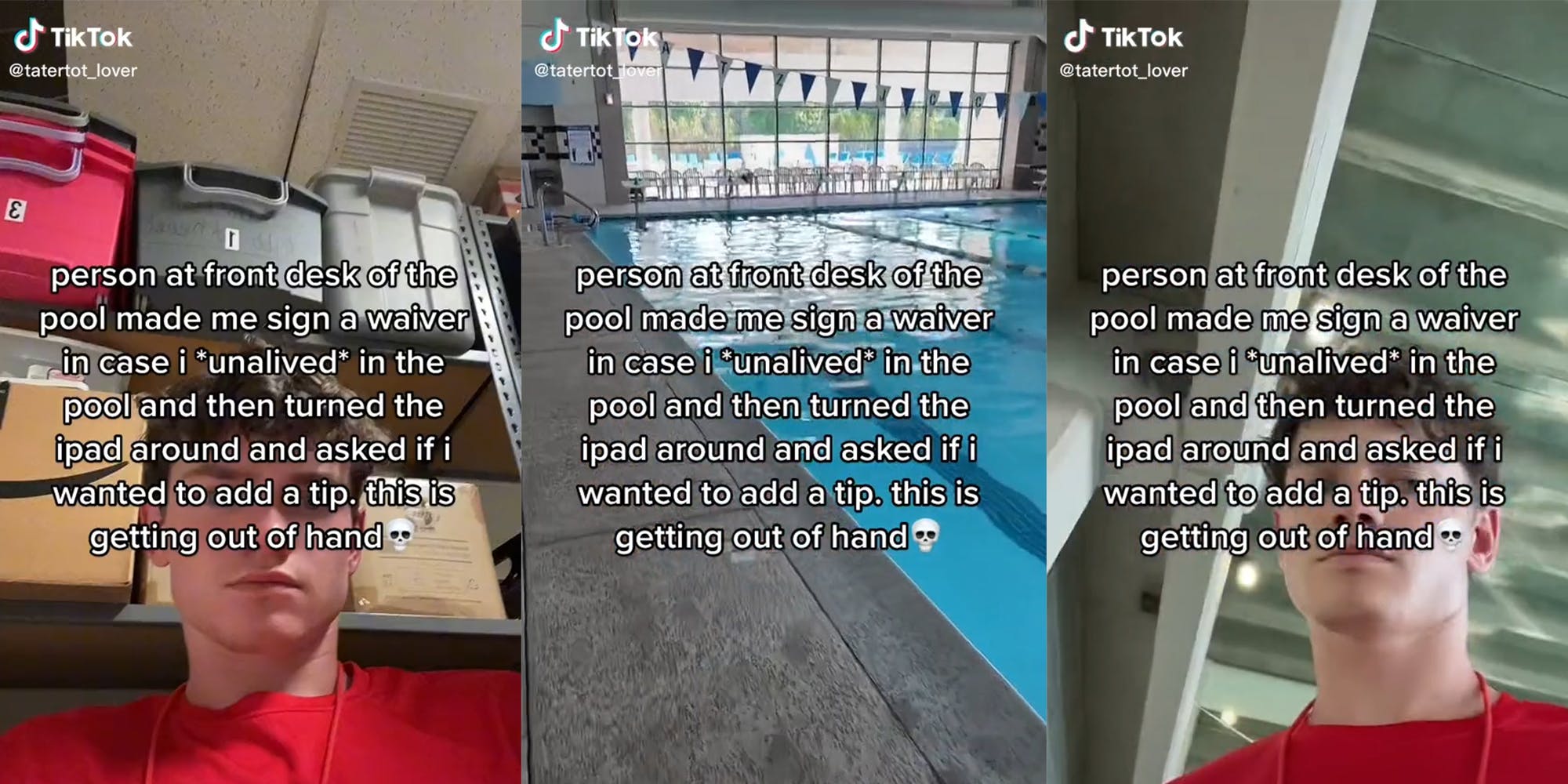 Tipping culture is a popular discussion topic on TikTok. Usually, the videos that spark this discussion have to do with tipping for services many believe customers should not tip for, like self-serve frozen yogurt shops.

A TikToker, Jake (@tatertot_lover), seemed to mock tipping culture and the conversation surrounding it in a video that went viral but has since been deleted. Jake claimed in the TikTok that he was asked to tip after signing a liability waiver at his local swimming pool.

"Person at the front desk of the pool made me sign a waiver in case I *unalived* in the pool and then turned the iPad around and asked if I wanted to add a tip," text overlay on the video reads. "Tipping culture is getting out of control."

Jake is wearing a "fitness and wellness" shirt and is seemingly at a gym pool in the video, indicating Jake might be a worker at the gym.

While the video is likely a joke, many commenters took it at face value.

"I agree only hard labor and food industry should really take tips," one commenter wrote.

"You did more work than them you deserve a tip from them," another said.

"Are you 'unalive' serious?" another questioned, taking aim at the "waiver" specifically. "Absolutely stupid requirements to swim."

Others pointed out the video is a joke.

"I’ve already seen this exact video this is copied word for word," another alleged.

The Daily Dot has reached out to Jake via TikTok comment.

The post Man jokes about swimming pool asking him to tip after signing death waiver, sparking debate on tipping culture appeared first on The Daily Dot.

Today24.pro
Eblen knew he would beat Mousasi at Bellator 282: ‘I expected it’ Canelo Alvarez blasts ‘a**hole’ Gennady Golovkin as he prepares for third fight with boxing rival Fulton vs Akhmadaliev next is a no-brainer, but will we get it? Royals vs. Athletics Friday game thread