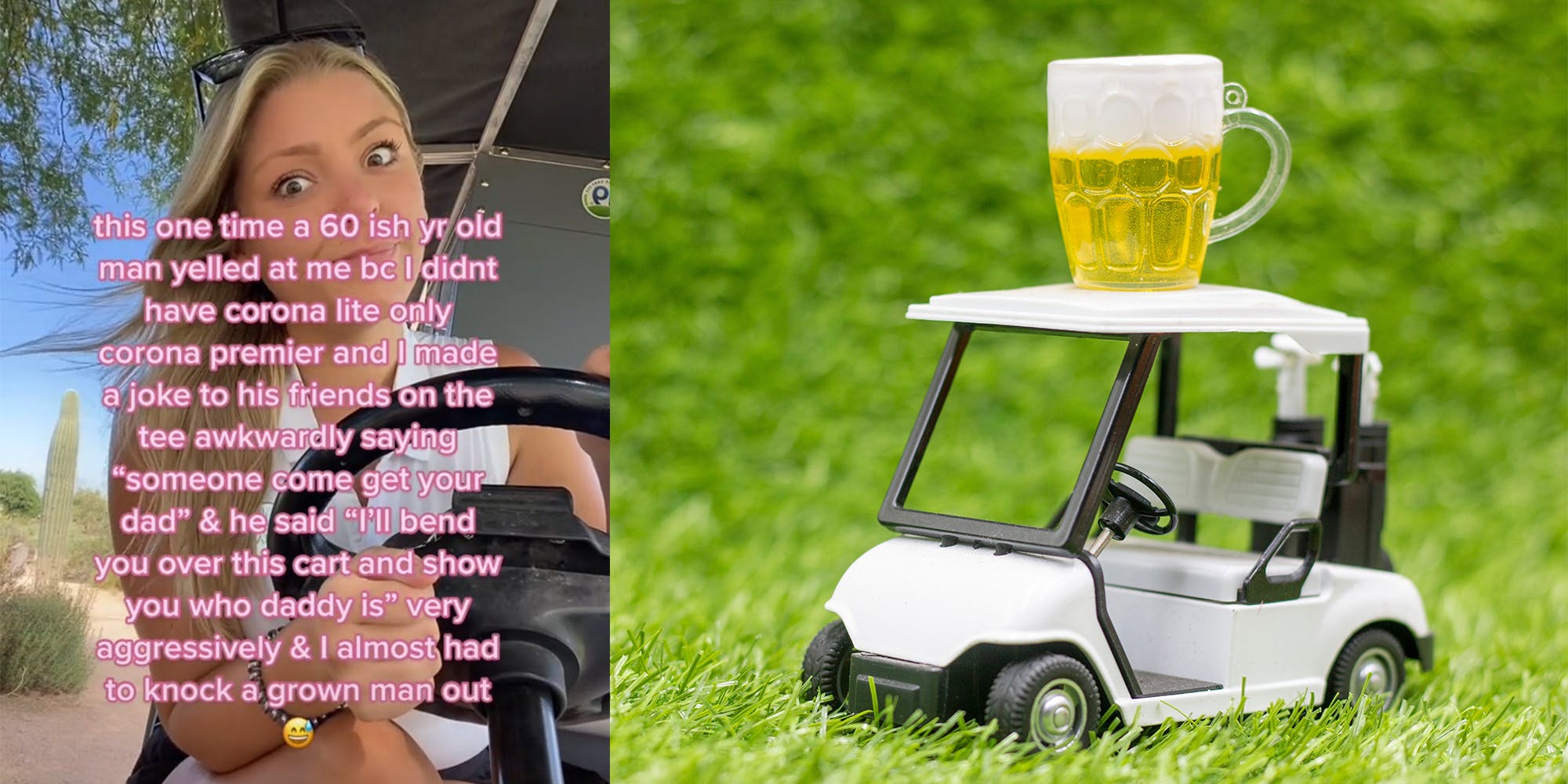 A golf course server says that an older male golfer threatened her with sexual violence and was banned for life from the course.

Shay Lewis (@_shaylewis) posted a TikTok about her experience on June 10. In it, she says that a man who seemed to be about 60 years old yelled at her after she told him she didn't have Corona Lite beer.

"I made a joke to his friends on the tee awkwardly saying, 'Somebody come get your dad,'" Lewis said in her TikTok's overlay text. "He said, 'I'll bend you over this cart and show you who your daddy is,' very aggressively."

Lewis wrote in the TikTok that she wanted to knock him out and in her caption wrote that his behavior landed him a lifetime ban from the golf course. On Monday, her video had almost 850,000 views.

Some commenters on Lewis' video accused her of making the entire story up.

"Ya that didn’t happen and if you swung he woulda buried you," @randi_the_chameleon wrote.

Others said that her behavior warranted the man's reaction. In response to both types of comments, Lewis said that her story is not "made up" and that she wishes it were.

"Im so happy you dont know what its like to go through this," Lewis commented on her TikTok.

One commenter joked, "It's always the dudes with wives too." Lewis wrote that she hopes he isn't married.

She said in six years of working as a golf course server, she had never experienced anything like what the man said to her. She also said the members who brought the man onto the course with them stuck up for her and promised to not bring him back to the course.

The post ‘It’s always the dudes with the wives too’: Golf cart server says 60-year-old man threatened sexual violence and got banned. Commenters are siding with him appeared first on The Daily Dot.

Today24.pro
Christian Thun faces Curtis Harper on July 9 ProBoxTV card in Florida SANDCAST: Deahna Kraft only knows one speed, ‘All in, or nothing at all’ Lonnie Walker to Lakers Athletics’ Adrian Martinez will get starting assignment in Seattle