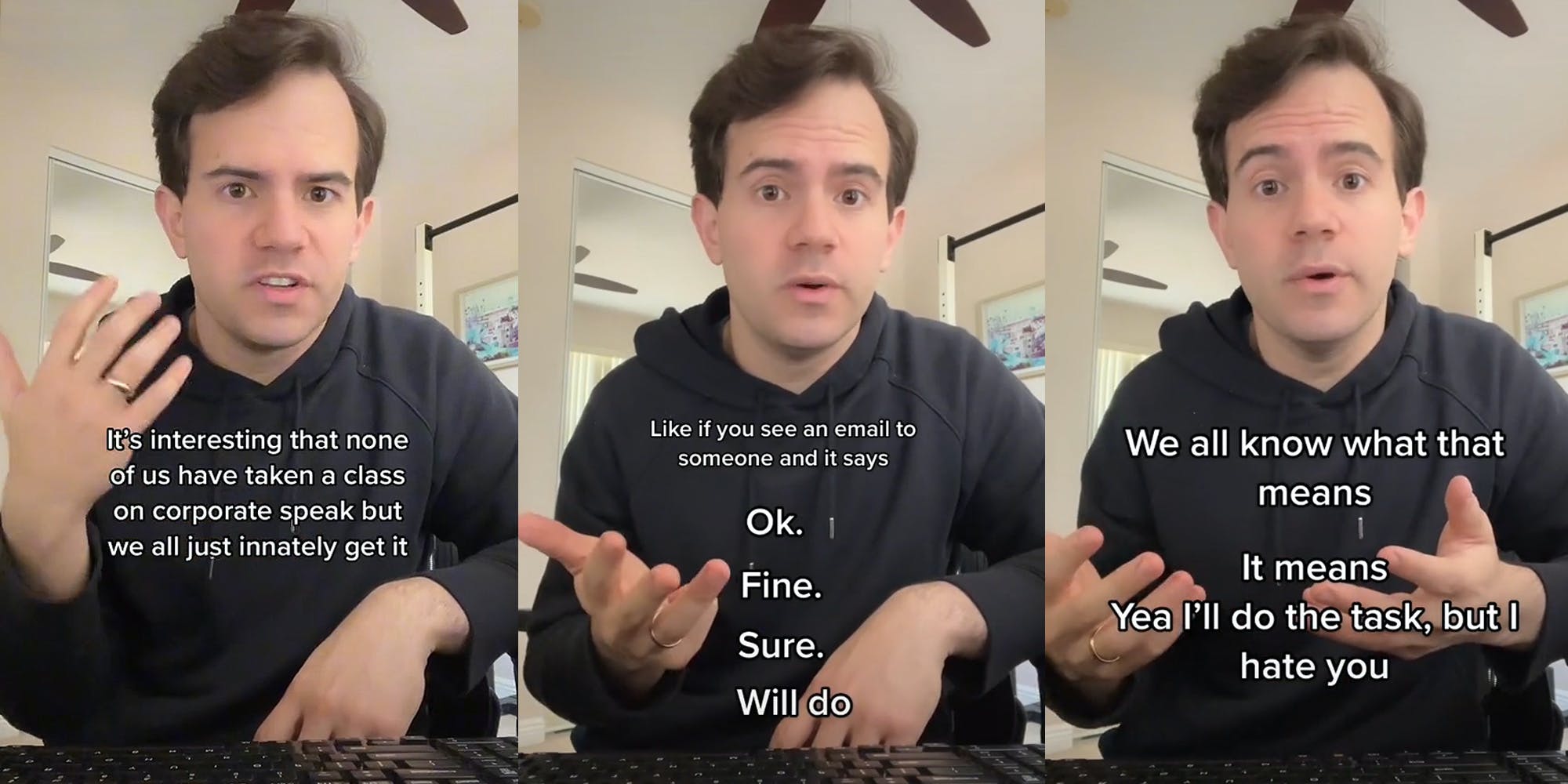 A TikToker has sparked discourse on "corporate-speak" after citing several examples of how workers use formal punctuation to get away with being passive-aggressive in company communications.

In the video posted by TikToker Matt (@itsmattslaw) on Wednesday, he remarks that "it's interesting that none of us have taken a class on corporate-speak but we all just innately get it."

In the clip, Matt claims short phrases "with a period" especially signal passive-aggressiveness.

The video has garnered over 535,000 views as of Monday, with commenters discussing how punctuation can change the entire meaning of the example phrases that Matt mentioned.

"Will do. - angry, annoyed, hatred. Will do! - eager to please, happy to help, excited to work with you," one user wrote.

"If I like you, you receive at least 1 exclamation point," another said.

In a comment, Matt also suggested viewers add an exclamation point if they were worried about sounding passive-aggressive on accident.

A 2016 study found that "texts that ended with a period were rated as less sincere than those that did not." This could explain why workers may feel put off by direct, to-the-point messages like the examples in Matt's video.

According to VICE, passive-aggressive corporate jargon has roots in the mid-late 20th century, when many quickly expanding corporations attempted to sugar-coat mass layoffs and firing workers with phrases like "streamlining" or "restructuring."

However, some commenters feel as though workers are "reading into it" and don't believe short responses signal passive-aggressiveness.

"No it doesn’t… normalize short responses! I don’t want to type long-winded answers every time I want to say 'sure,'" one user wrote.

"Sorry, we do not all know this. When I respond with will do that is literally all I mean. There is no subtext," another said.

"I did not know this. I thought it said and meant exactly what was written. I’m sure I’ve missed being offended and offended people," a third added.

The Daily Dot reached out to Matt via email.

The post ‘If I like you, you receive at least 1 exclamation point’: Viral video on passive-aggressive corporate-speak sparks debate appeared first on The Daily Dot.

Zach LaVine signs a 5-year, $215.2 million deal to stay with the Chicago Bulls — the largest in team history